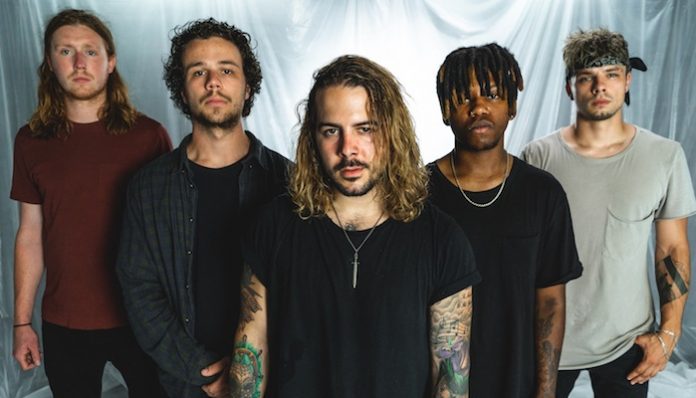 Maryland metalcore act Savage Hands have been hard at work on their debut full-length, and the band are teaming up exclusively with AltPress to share the first single, “Memory.”

The upcoming album, The Truth In Your Eyes, will mark their first with SharpTone Records, a signing they announced just last year.

Savage Hands revealed their SharpTone signing in January 2018 with the release of the first single, “RED.” The track appeared on their debut EP, Barely Alive, which dropped in March 2018.

The five-piece—lead vocalist Michael Garrow, guitarists Justin Hein and Ryan Evans, bassist Nathan O’Brien and drummer Jonny Melton—toured heavily on their debut. They hit the road alongside Palisades, Dayseeker, Wage War and more. Finishing up their busy touring route as 2018 came to a close, Savage Hands headed into the studio at the beginning of this year.

This one will be personal. SH X LP1 📷 @oddeyrose

“Memory” marks the first track off the effort, which blends the band’s alternative harmonies with a swift metalcore kick. However, it’s the lyricism that channels the most emotion, with Garrow explaining it has a deeper message.

“Through my entire life, I’ve lost a lot of people due to drug addiction,” he says. “‘Memory’ portrays the trauma that it can instill on a loved one that deals with all of the lies, pain, and loss that it will bring.”

Check out the latest from Savage hands, “Memory,” below.

“Memory” appears on upcoming The Truth In Your Eyes, which drops Jan. 31 via SharpTone Records. Check out the full tracklisting below.

The band have a handful of remaining dates alongside Currents, Afterlife and Boundaries. Following the album’s release next year, Savage Hands will hit the road with While She Sleeps and He Is Legend. Check out the full list below, and grab tickets here.

* with Currents, Afterlife, Boundaries
# with Afterlife, Telltale, Gravebound, Pen My Legacy
^ with While She Sleeps, He Is Legend