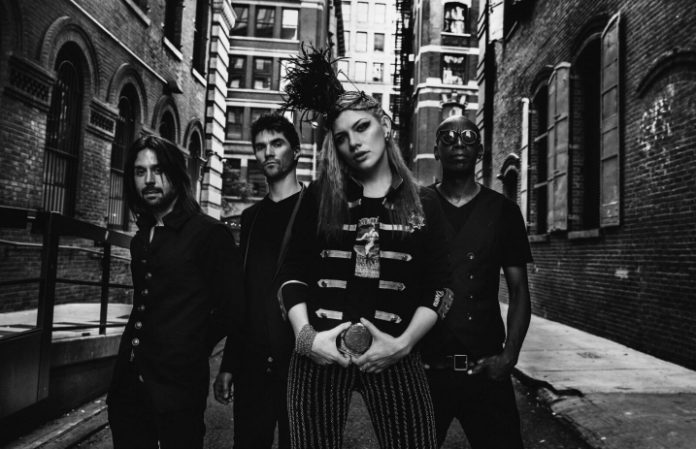 Pop-noir group Scarlet Sails are debuting the video for “Spell My Name” off their recent debut album Future From The Past.

Scarlet Sails is the project of Dresden Dolls' Brian Viglione, who has also toured with Nine Inch Nails and recorded with the Violent Femmes—and his wife Olya.

“This song is about being different, about non-conformity, and refusing to live in a shell,” frontwoman Olya Viglione told AP about the track. “It also pokes fun at people who spend their lives in the race, trying to be someone or something they're not, copying someone else's identity thinking that the grass is always greener on the other side. We strongly believe that it's most important to stay true to who you are, and in this video with the participation of our Kickstarter backers and friends we celebrate individuality, art and freedom.”

Check out the new video below:

Scarlet Sails just released their new album Future From The Past, and you can stream it here.

Scarlet Sails crowd-funded a west coast tour for the new album, so be sure to catch them on the remaining dates:

The band has plans to tour the east coast later this year.

What do you think of Scarlet Sails' new video? Sound off in the comments below!