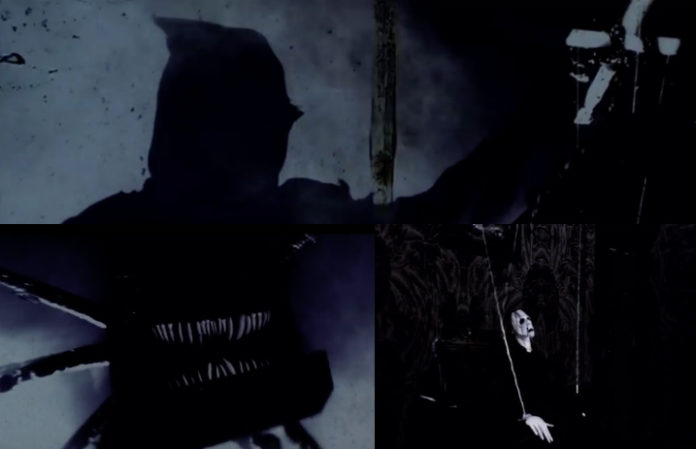 If you routinely binge-watch horror movie franchises or attend entirely too many haunted house attractions this time of year, you’ll agree that the word “scary” is a relative term.

Drafting a list of purportedly terrifying rockers is a significantly blood-covered, slippery slope. Do you put in bands who look all creepy-crawly? Or do you put in peeps who look like normal grocery baggers, but play gigs that genuinely make you fear for your life? Or do you split the difference and do both? As one internationally famous rocker once told this writer, “Violence is only real when it happens to you.”

Read more: Bands share the scariest thing that’s ever happened to them

So enjoy this list. And be careful when you leave the house, because danger is everywhere…

The undeniably bent GG Allin wrote some decidedly non-cuddly songs (“Live Fast, Die Fast,” “You Hate Me And I Hate You”) and routinely directed abuse at crowds by playing in the nude, punching out audience members and defecating onstage. The guy who embodied the phrase “off the hook” vowed he would kill himself at his last show, but the club (NYC’s the Gas Station) erupted into a riot and the gig was shut down by police. He never did make good on his promise, having instead perished from a heroin overdose in someone’s apartment in June 1993. You’ve got to admit that being randomly punched or pooped on at a show is a pretty scary proposition. Unless you’re into that—then it’s just another Monday, right?

Nothing particularly scary about this late-’90s noise-rock unit fronted by Eric Paul. That is, until Arab On Radar got onstage, plugged in and created a caterwauling scree that emanated the ugliest of vibes. While onstage, Paul threw himself into everything (bandmates, audience) while approximating the high-pitched squealing heard in animal-testing facilities. When this writer first saw them, the bad vibes spilled out into the street post-show, with plenty of fights, vandalism and muggings going down. Or was it just the neighborhood? (RIP, Speak In Tongues, Cleveland.)

I know, I know. Who hasn’t had the hell beat out of them in the pit of a hardcore show? Because after all, your level of dedication to a hardcore band is directly proportional to how much your post-show trip to the ER costs. Bad Luck 13 Riot Extravaganza, Philadelphia’s reigning kings of bad vibes, routinely put everyone to the test. Onstage brawls between members? Check. The kind of furniture smashing (tables, chairs) you see at wrestling exhibitions? Yep. Fireworks and smoke bombs? Routine. Rotting livestock carcasses thrown into crowds? Ditto. Fluorescent bulbs being smashed on band/audience members? Of course. Criminal use of sawblades of all shapes and sizes? Maybe. Smashing a huge jar of live bees onstage to share with the crowd? All in a night’s work. HxCx-types still talk about their show at Hellfest 2004, and rightfully so. Can’t help but think these guys define a great gig by the number of EMT and police vehicles arriving to a venue.

Dark-rock quartet Bauhaus are considered the preeminent cornerstone of gothic rock, but history has shown that they were also indispensable to the evolution of post-punk possibilities. But when it comes to goth-rock’s imagery spectrum, they pretty much won point, game and match with the video for the title track of their second album, Mask. Guitarist Daniel Ash creepily drips saliva into frontman Peter Murphy’s “dead” carcass in order to resurrect him in an explosion of dust, powder, ectoplasm and other substances that look good on black and white film. “Mask” is where poetry and fear intersect magnificently.

French black-metal practitioners Deathspell Omega are a mystery wrapped in an enigma that’s cloaked in anonymity. Really. Their legend status is cemented by the reality that no one really knows who they are, what they look like or what exactly they’re trying to convey. There’s a whole metaphysical/philosophical/intellectual axis to their defining work, Si Monvmentvm Reqvires, Circvmspice (translation: “If you seek his monument, look around you”) that’s parsecs away from the legion of dudes with bad skin wearing Slayer shirts who insist on defacing public signs by turning all renderings of the letter “o” into pentagrams. The cover art pictures our planet as a late-term abortion, and the members’ articulate assessment of the dynamic between Satan and mankind transcends boo-scary Halloween posturing for maximum fear. And you thought photos of Donald Trump in full-rage mode were truly terrifying…