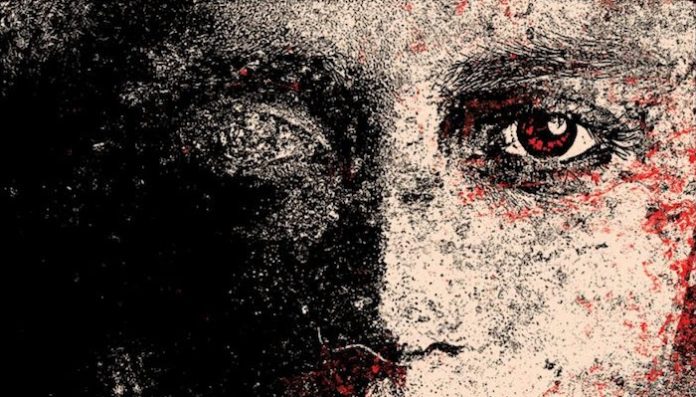 Hyperbole makes for great sticker copy on physical products and pull quotes on press releases. So this writer’s going all-in: Everything about The Correlation Between Entrance And Exit Wounds, the proper Pure Noise debut album from SeeYouSpaceCowboy, is built to challenge, confuse and assault the listener.

This isn’t a bad thing. Its mere existence is a gesture that asks fans, “You think you can hang?” It’s a declaration of war against the metal status quo, prior to having their cultural rulebook soaked in nail polish remover and lit up. It’s a taunt to critics who think they know the underground when they smell it. Wounds makes you reconsider what kind of music you like in the most exhaustive way, like you’ve ran a one-minute mile and someone gave you a cold glass of water with an inch of powdered glass at the bottom of the cup.

The record starts with “Armed With Their Teeth,” with cutting harmonics seemingly divined from the early days of Godflesh. Vocalist Connie Sgarbossa spits venom like she was dropping boxes of roofing nails from tall buildings on top of unsuspecting pedestrians’ heads. The song ends in a squeal of feedback before launching into “With High Hopes And Clipped Wings,” a near two-and-a-half minute track that starts like 2010 Converge but ends like a post-hardcore staple from 2004 that’s imbued with Sgarbossa’s invective (“Skin deep, solace in violence/Self-destructive catharsis/We fan the flames on yourselves/There’s no warmth in burning just ashes”).

“Late December” has Sgarbossa speaking in a quiet narrative over Jesse Price and Ethan Sgarbossa’s repeating guitar figures about the suicide of a loved one in no uncertain terms (“No struggle, no pain, you’re unchained from this earth/But all I can picture in my mind is an angel in the rope”). This is immediately followed by 79 seconds of guitar feedback (“Have You Lost The Plot?”) sounding like the international space station melting in flames.

“Put On A Show, Don’t Let Them See You Fall” ramps all of their favorite vibes into a highway jam that’s positively empowering. Decades ago, Judas Priest had a song called “You Don’t Have To Be Old To Be Wise.” To lead today’s culture war, Sgarbossa tells her troops, “Don’t be afraid to exist/You’re still alive/Don’t burn the effigy, show them that you’re not a lost cause/Don’t be afraid to exist.” The chiming guitar jangle of the instrumental “No Words, No Compensating Lies” conveys a beauty that’s muscular like the best tracks from Mogwai and Explosions In The Sky. And then the album wraps up with more rapid-power blasts that shake you out of your torpor (“The Phoenix Must Reset”).

And therein lies the statement: SeeYouSpaceCowboy are making amp-driven music challenging again by dicing it up its signifiers and driving home messages (political, personal, obtuse) in no uncertain terms and by no one’s standards but their own.

When you want them to step on the gas, they’ll slow it down. When you want the respite, they’ll give you the punishment. You want to high-five your bros and fist pump? They’ll want to acknowledge dead friends. SeeYouSpaceCowboy remind all of us that there’s not supposed to be any rules to this culture. May they fuck with our expectations and heads (and hearing) for years to come.

The Correlation Between Entrance And Exit Wounds dropped Sept. 27 via Pure Noise Records, and you can check out the album here.