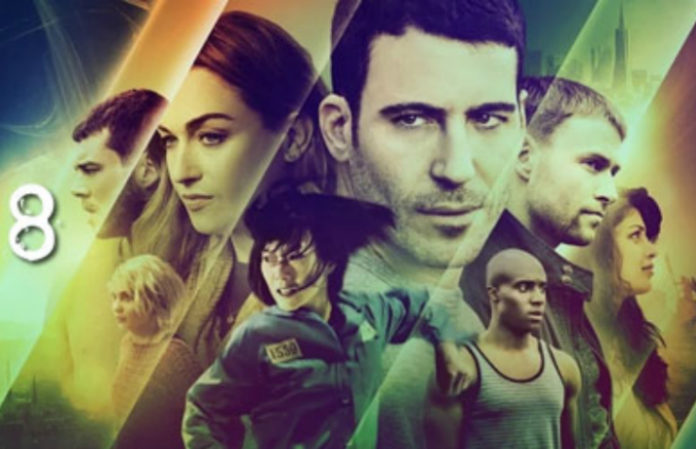 Everyone knows the feeling: Despite the number of electronic devices you used to vote, the countless texts you’ve sent out to acquaintances to “check out this movie/show/band/artist” and the spam-like shares on your social media accounts, they did not win the award. And it’s okay, because you will continue to fully support them alongside the thousands of fans that stand by and do the same.

With the 69th annual Emmy Awards coming up this Sunday night in Los Angeles with Stephen Colbert as host, we took some time to reflect on the shows that have been in the spotlight this year… and those that didn’t seem to get enough of it. We’re talking about Netflix original big-budget sci-fi drama Sense8, created by Lana and Lilly Wachowski (The Matrix trilogy, V For Vendetta) and J. Michael Straczynski (Babylon 5, Marvel’s Thor).

The two seasons of this show follow the thrills and excitements of eight individuals from around the world who share a mysterious psychological and emotional link. The eight protagonists, who will be referred to as sensates for the remainder of this article, are capable of “visiting” one another at the most random times and, more importantly, at the most convenient ones. They pop up as voices in each others’ heads and physical representations that we see on screen, and can conveniently lend one another skills and sensations whenever applicable. This, of course, is always complemented with an impressive choreography and beautiful cinematography to smoothly blend two (or up to eight) worlds.

This year, cinematography in the third episode of the second season, “Obligate Mutualisms,” was recognized with a nomination for “Outstanding Cinematography for a Single-Camera Series (One Hour)” during the 69th Primetime Creative Arts Emmy Awards. The show has held several nominations for a wide variety of awards since its inception in 2015, including winning “Outstanding Locations in a Contemporary Television Series” at the Location Managers Guild Awards last year, and being nominated for “Outstanding Original Main Title Theme Music” at last year’s Emmy Awards. However, the show is capable of so much more than the awards it wins. We won’t bore you with a list of all the categories that this show has been submitted for, but rest assured that all eight of the sensates have been entered in supporting categories, several episodes have been entered for cinematography, production and sound editing, and the writing and directing of this show has also been recognized. GoldDerby put together a nice list if you want to check out all the potential this show has. Simply put, Sense8 just might be a little overqualified to win an Emmy this year. Here are eight reasons why we think so:

1. Viewers are gifted with a global perspective from a totally international cast

This is one of the best looking and most diverse casts of actors and actresses in an ensemble sci-fi drama series. The show was shot on an epic global scale, and the intro sequence itself shows us a handful of the beautiful spots the crew spotted in cities around the world. Most of the lead sensates had the unique experience of shooting their own storylines in their motherland (Doona Bae, who plays the character of Sun, is actually from Seoul, Korea, which is where Sun resides, for example). Furthermore, with several crews and directors responsible for filming in each city, the hundreds of speaking lines in the show used local actors and actresses from respective locations to preserve that authenticity. And on the subject of authenticity…

2. This show pretty accurately exposes us to different cultures from around the planet

Of course, there are some exaggerations (the gang activity in Chicago, the spontaneous but obviously choreographed dance number at an Indian wedding), but the general perceptions/understandings can be trusted. The filming physically took place in 16 cities in 11 countries across six continents, which consisted of more than 250,000 miles traveled by the main cast and crew. In many cases, the actors were actually feeling the culture shock that they were portraying through their characters. It makes the show that much more authentic and genuine. Much of the filming also takes place during real-time events, making it extremely difficult but clearly rewarding. There are scenes in the middle of the Pride parades in both San Francisco and Sao Paulo, Brazil; one the sensates plays a real DJ set at a club venue in London between two big acts; one of the scenes on a plane includes a live landing that was used in the final edit; characters experience the excitement of a real Lucha Libre wrestling match in Mexico, etc.

3. This scene summons tears of awe/joy every time, turning it into a karaoke staple

This inspirational montage consisted of all of the sensates singing along to the same song (“What’s Up” by the Four Non Blondes) in their own respective settings. The globally recognizable chorus sings “Hey yeah yeah, hey yeah yeah/I said hey, what’s going on?” and it captures a moment that no show has ever pulled off so theatrically; Capheus is jamming along in his bus in Nairobi, Sun is singing and dancing while taking a refreshing shower in Seoul, and Wolfgang is singing karaoke with his best friend in Berlin—while obnoxiously drunk, of course. It throws out the positive message that sometimes it’s okay to not be completely aware of your surroundings and hypothetically ask “what’s going on?” because there are at least seven other people feeling the same way.

4. These stories blur the lines between politics, identity, sexuality, gender and religion

This show goes far beyond “first-world problems” and tackles global issues that most sci-fi dramas barely even touch the surface of. The traditional culture of planned marriages in India, the political tension and water shortages in Kenya, the territorial wars in Germany’s underworld, the access to illegal drugs in England, the glass ceiling for women in South Korea, the homophobic views of the film industry in Mexico—these are just some of the location-specific issues the show explores. On a more personal level, relationships between lovers, parents, siblings and friends are all encapsulated in the unique storylines of our sensates.