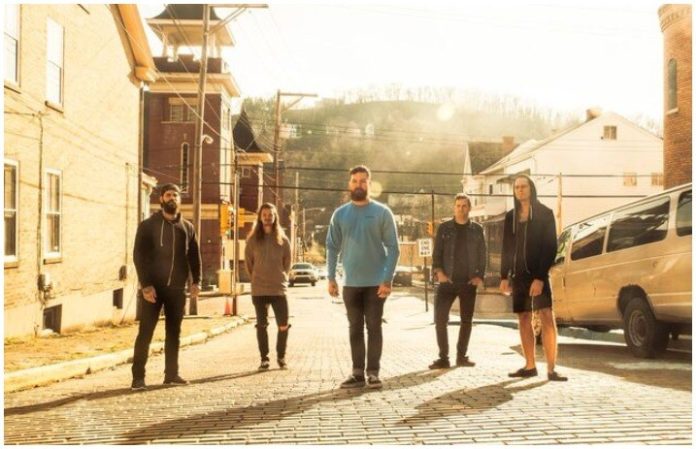 Volume turned all the way up? Good: Today AP debuts the new track from Senses Fail’s impending album, If There Is Light, It Will Find You, slated for release Feb. 16 on Pure Noise Records. Not only does “New Jersey Makes, The World Takes” hold all the best anthemic and majestic qualities you can pack into three minutes, there’s a special resonance for the song, as well.

The lyrical tone of If There Is Light finds band constant Buddy Nielsen’s psychic yin-yang reflected in both light (the birth of his daughter Penelope) and the very dark (the near-death of his wife, the Pulse nightclub shootings). Likewise, “New Jersey Makes…” recalls his experiences with addiction and substance abuse.

“Over the years, I have lost a number of friends to drug addiction,” says Nielsen, the remaining original member in the band’s 16-year history. “This song addresses those losses and how I have tried to intervene in people’s addictions over the years. As someone who has battled addiction, I know that the change has to come from within. While support and resources are very important, it is ultimately a decision that is on the person who is battling. So many of us in this country have a friend or loved one who has lost their battle, and I thought it was important to highlight that struggle.”

Over the course of seven albums, Nielsen has been striving to keep things real for Senses Fail. If There Is Light finds the band in top form with killer hooks powered by high speeds—the very blueprint that made their 2004 debut, Let It Enfold You a die-hard emo classic. Produced by Saosin guitarist Beau Burchell (Moose Blood, the Bronx), the album also marks a point in the band’s history as being the first SF record where Nielsen wrote all of the songs himself. You can preorder the new album (and some quite cool bundles) here.

Fans will be able to see Senses Fail—Nielsen, guitarists Gavin Caswell and Jason Milbank, bassist Greg Styliades and drummer Steve Carey—when they hit the road in Santa Ana, California,  Feb. 27 and ending in Las Vegas on March 31. Reggie And The Full Effect, Have Mercy and Household will open the shows. You can get tickets here. In addition, there will be a listening party for the album Feb. 11 at the Hard Rock Hotel in Palm Springs, California, followed by a brief acoustic performance. For more information, check here.