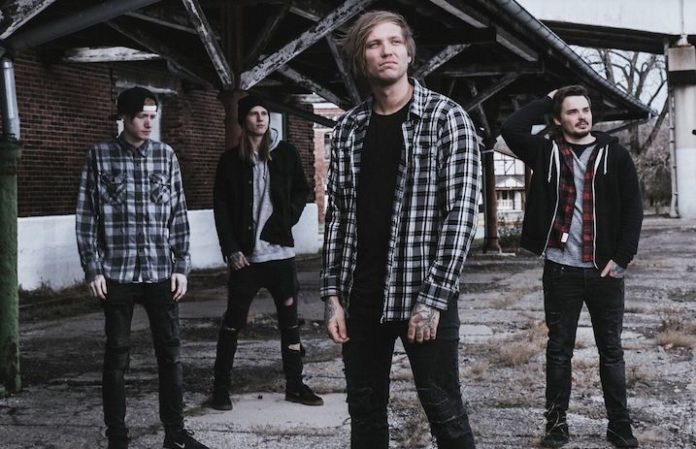 Cleveland's Sink The Ship are making a comeback after a brief hiatus in 2017, debuting their new music video for “Domestic Dispute.” The band will release an album through Sharptone Records with details to be announced at a later date.

The band took a break in 2017 to regroup on what they wanted for the future, vocalist Colton Ulery explains. “During that time, Sharptone had made contact with me, and we began sending them new material,” he shares. “We’re so excited to be coming back and in partnership with them.”

To give fans a taste of new material, Sink The Ship are exclusively premiering “Domestic Dispute” today with AltPress. Check out the delightful mix of catchy and poppy featuring Chunk! No, Captain Chunk!'s Bert Poncet below!

“We had the honor of creating this album with Bert and Eric Poncet from Chunk! No, Captain Chunk!,” Ulery says. “There had been talks of doing a feature with Bert, and after listening to all of the songs, we ended up deciding on 'Domestic Dispute.'”

Catch their new music video for “Domestic Dispute” below.

You can purchase the song here. Enjoy this song and more to come from this Cleveland rock band.