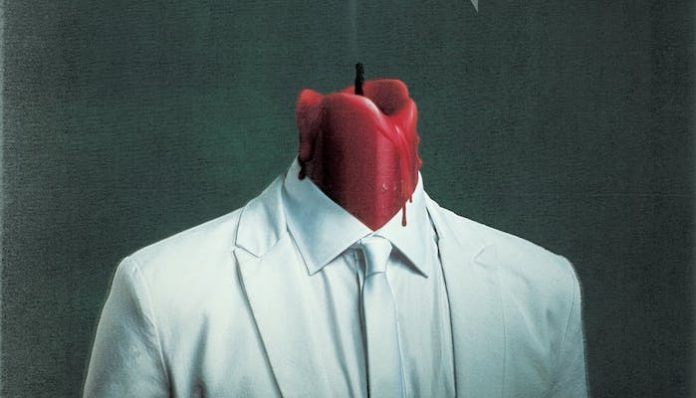 Let’s be honest: Did anybody really expect Sleeping With Sirens to last for two album cycles, let alone 10 years? This is the band who famously got a one-star review of their first album in AP while picking up thousands of fans in their jet stream. Six records later, SWS have done on How It Feels To Be Lost what many thought was impossible—the ability to both survive and stay relevant.

Of course, there’s been some collateral damage. The band have weathered the departure of members (including the recent exit of longtime drummer Gabe Barham), a major-label deal that didn’t represent the band (resulting in the forgettable Gossip) and the substance abuse travails of frontman Kellin Quinn. Where we might’ve stuck a fork in SWS’ collective ass and called them done, How It Feels To Be Lost finds them back on track to not only capture the fans who couldn’t remember their previous album, but to actually evolve in the process.

Read more: Tool frontman says Justin Bieber criticism “has nothing to do with him”

Like all of the more recent releases, the band have been mixing genres and suturing elements together to make improbable results. It was a wise decision to enlist two producers: Zakk Cervini (the John Feldmann protegé with great contemporary pop sensibilities) and Matt Good (the From First To Last founder who understands the catharsis in a neck-snapping riff) to divvy up the tracks based on the band’s output.

“Leave It All Behind” and “Agree To Disagree” supply the evidence that SWS can still throw down with some urgency. On “Another Nightmare,” pop choruses with stuttering time-stretched vocal production swirl around Jack Fowler and Nick Martin’s guitar majesty. “Medicine (Devil In My Head),” Quinn’s acknowledgment of his problems with alcohol, is heightened by that mean bastard/victim dichotomy.

Surprisingly, it’s the middle-of-the-road moments that carry the album. “Ghost” is a widescreen out-of-love confessional with a creepy vocal seemingly recorded in an abandoned attic. There’s the rude awakening of “Blood Lines” where Quinn delivers invective across some skittering trap programming (“What’s it like to live alone?/All by yourself in a broken home/Try not to be like mom and dad/Realize you’re just fucked like them”). “Dying To Believe” ends the proceedings on a melancholy note, with Quinn admitting his shortcomings (“We won’t take a chance if we don’t know how…We know we’re better than they say”) while calling out to someone in the same headspace in a search for unity.

A decade ago, I once received a snarky text message from a freelancer saying, “Gotta go: Homeboy’s going on about the hard parts being heavier and the quiet parts being more melodic.” Ironic that in 2019, SWS followed that very game plan—they just chose to do it at various junctures in the same song without it feeling forced. (C’mon: Does anybody in 2019 really want JT choruses in the middle of their supreme metal riffs?) It’s a testament to Good and Cervini’s tandem methods, but to SWS for still having their character come through it all.

Look: Warped Tour is done, and a lot of those attendees have probably matriculated prior to trading their scene merch for Bon Iver vinyl or whatever really bold statement some new laptop jockey with GarageBand has to make. Sleeping With Sirens have done something that will sate everyone from themselves to their true believer die-hards to the folks at Danny Wimmer events drinking overpriced beer while waiting for FEVER 333 or Pop Evil to go onstage. Simply put, How It Feels To Be Lost is an investment in both their future and our interest. Your move, Vic.

How It Feels To Be Lost dropped Sept. 6 via Sumerian. You can check it out here.