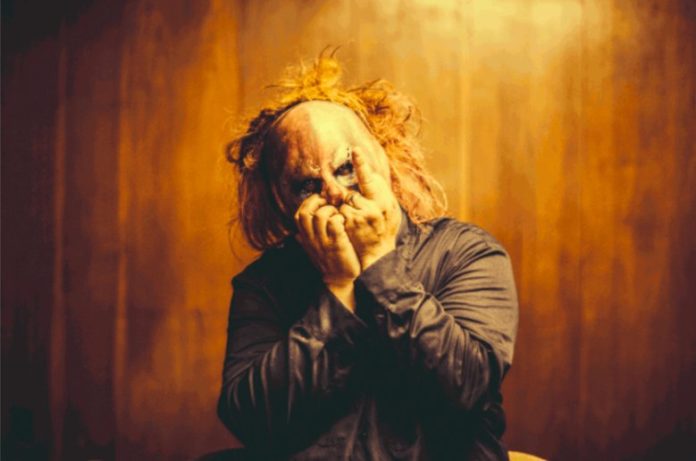 “I shouldn’t be on fire, but I am,” says Slipknot founder and percussionist M. Shawn “Clown” Crahan halfway through the band’s new concert documentary film, Slipknot: Day Of The Gusano. He’s describing the band’s “anything goes” attitude in regard to touring, performing and reaching out to fans, but the choice of language isn’t exactly figurative: Crahan has literally set his body ablaze during past Slipknot tours, whether by deliberate design or through white-knuckle pyrotechnics mishaps.

Read more: But how does Slipknot's Clown feel about other scary clowns?

That red-hot intensity extends to Slipknot’s unending proliferation of their musical message. In 2015, the band ignited a new chapter of their heavy metal pilgrimage, performing for the first time in Mexico City as part of the inaugural Knotfest Mexico, the Latin American branch of the group’s own yearly musical festival series. That explosive performance—and attendant fan excitement—was captured by Crahan, also a filmmaker, as the 90-minute buzz that is Day Of The Gusano. It’s in theaters nationwide for a special one-night-only screening this Wednesday, Sept. 6.

“Gusano,” though: What does that mean? Well, Slipknot supporters have long been (affectionately) referred to as “Maggots” by both the band and the fans themselves. “Gusano,” being the approximate Spanish for “maggot,” represents the documented Knotfest concert, a day of fulfillment for Mexican Slipknot fans, which took place on Dec. 5, 2015. “From the beginning of my career, I had always heard that the fans in Mexico City are the craziest fans in the world,” Crahan tells AP.

“It would’ve been impossible for us not to be who we are.”

“I met some people that sold their car to get tickets for their whole family,” says Crahan of the first Knotfest Mexico, shown in Day Of The Gusano. “That’s insane to me, to sell a vehicle for the idea of rock ’n’ roll, for a band called Slipknot.” Indeed, portions of the film concentrate on various Maggots detailing their extreme devotion to the group. “Slipknot is constantly with me,” says one fan highlighted in the film. “It’s a part of my everyday life, of how I feel, my way of being.”

Day Of The Gusano is a cinematic tour de force for Slipknot fans, presenting the intense, full-length Knotfest concert alongside clips of committed fans and footage of the band sightseeing in the city. In one mystical sequence, Crahan and the band are shown visiting Teotihuacan, the ancient Mesoamerican city in the Valley of Mexico. Of course, the live show itself won’t leave Slipknot fans wanting, as the band rip through selections from their latest album, .5: The Gray Chapter, all the way back to early jams from their first, self-titled album.

The opening of Slipknot’s first theatrically-released concert film offers Crahan an opportunity to reflect on his band’s magnitude. “Somewhere along this journey, I had this epiphany,” Crahan says. “A lot of the things that go on with Slipknot can’t be written; they’re too unusual. I started feeling like we’ve been chosen. It would’ve been impossible for us not to be who we are. When that lightbulb went off, I couldn’t believe how far we’d come.”

“We’ve created something special. Slipknot is important to the world.”

The period of time between Slipknot’s 1999 debut album and their first-ever concert in Mexico tallies a span of about 15 years. The exact length of time, however, is unimportant to Crahan, who still has a fire burning to get the band to the rest of the world they’ve yet to visit. “I don’t care about 15 years,” he says. “South Africa hasn’t gotten Slipknot. There are even places in the U.S. that have not seen Slipknot. All kinds of places all over the world.”

In addition to Slipknot’s ongoing musical mission, Crahan will be further focusing on his film projects. The Renaissance man says he’s currently at work on an upcoming feature film, the follow-up to his directorial debut, 2016’s Officer Downe. However, he’s purposely vague about its particulars. “I have something I’m working on, and I’m about halfway done,” he says. “It’s a slow process, but for the last year-and-a-half, I’ve been doing that.”

When talking to Crahan, one can’t pass up the chance to ask about the next Slipknot record, which the Clown himself says is currently in the writing stage. “We’re artists. We’re not gonna be told when to write, what to write, how to write,” contends Crahan. “We now write all the time; we get together every four months just to write. Sometimes the magical juices are happening, sometimes they’re not. But we get together because we can, and we want to, not because we’re being told.”

“I take it very seriously, what we do,” Crahan says. “I may have thought differently in the beginning, but these days, because I’m older, I try to use that wisdom and rely on what we’ve created. And we’ve created something special that’s a requirement in this world today. Slipknot is important to the world.”

Below, watch an AP exclusive clip from Slipknot: Day Of The Gusano and get your tickets here for the theatrical showing in your area on Sept. 6.