Gerard Way and Billy Corgan consider where the future of rock music is headed.

Throughout the tenure of My Chemical Romance, Gerard Way has both marveled at and admired the aesthetic trajectory of the Smashing Pumpkins. The singer credits Smashing Pumpkins founder Billy Corgan for schooling him on the transformative power of rock ’n’ roll. Obviously, Way and MCR paid that notion forward to a new generation of listeners. Having these two artists share their inner monologues with each other is a good prognosis. Simply put, Corgan and Way’s views are positively illuminating.

If you’re reading this piece to vicariously live through some ’90s alt-rock necrophilia, well, you’ve come to the wrong place. Having wrapped his head around the new Smashing Pumpkins release, CYR, Way dives deep into Corgan’s current motivations, sonically and socially. The conversation turns toward both artists’ deeply held beliefs (and concerns) about rock music’s great promise and the gauntlet it takes to get things done. 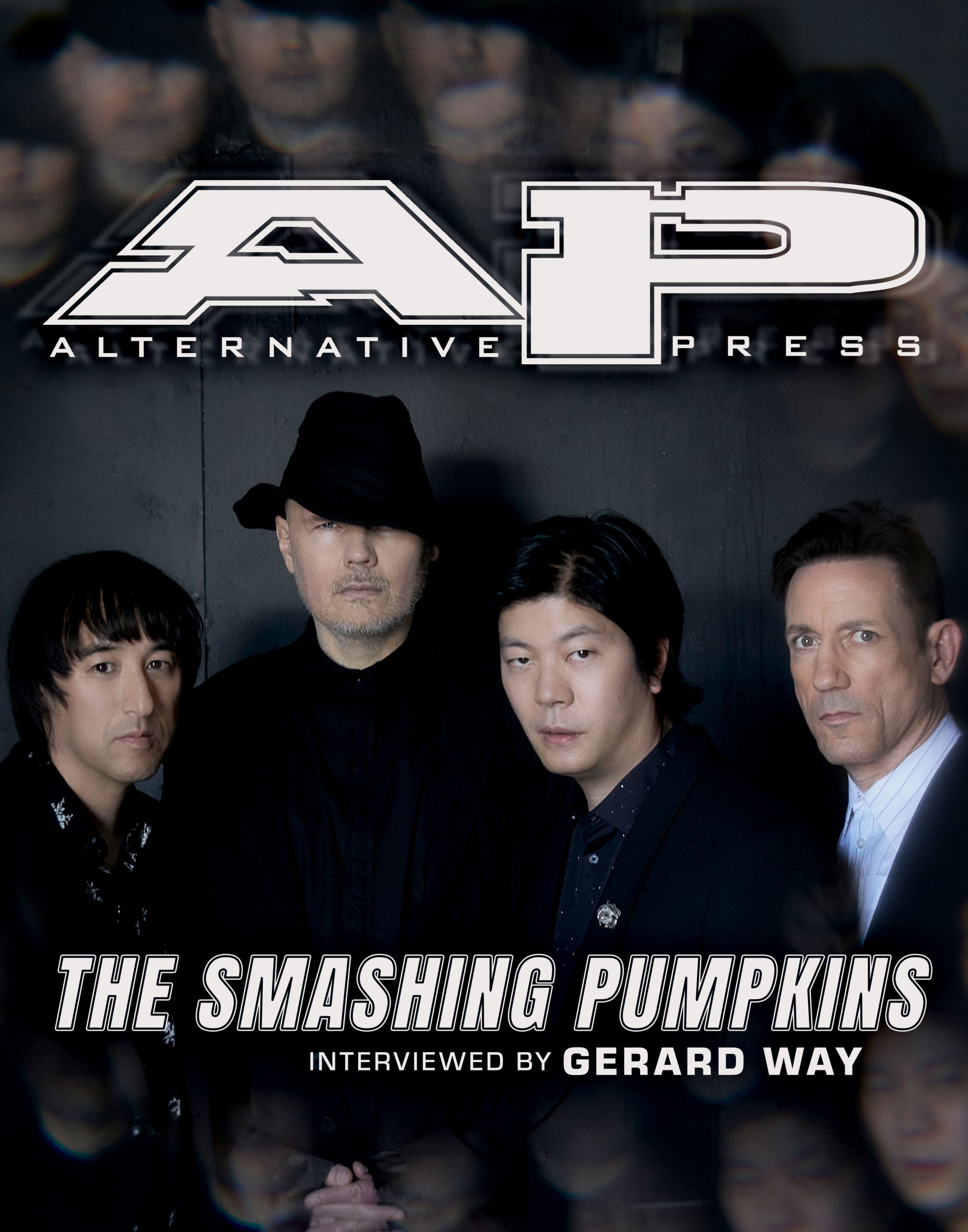 GERARD WAY: I was going to ask about death and rebirth. You talk of forms a lot in your lyrics at times, like on [CYR]—“Break into sapphires,” “Under mask, I am stars” and earlier [in “The End Is The Beginning Is The End], “For I am crystal chrome.” These states of being are present on the album, both lyrically and sonically. How critical are forms to you [for] actualizing and activating them or just simply observing them as they happen to you? Even the album artwork appears to be someone either being born into light or form. Or is this someone emerging from imprisonment?

BILLY CORGAN: I think there’s an unconscious language. [Carl] Jung, the great therapist, observer, philosopher, talks very much about the subconscious forms that we often see in dreams. There are universal symbols that we respond to, even if we don’t know what they mean, which tells me that we’re, on some level, hardwired to these things, either through genetics or spiritual animation.

What we did in the beginning unconsciously—and then at some point, I think consciously—is we recognize that most of the primal forms in rock ’n’ roll had already been picked up, used and discarded. Our initial reaction was to feel frustrated by that, like a teenager going, “Well, what can I do? It’s already all been done.” Now, what we realized is by picking up forms that didn’t belong together, heavy-metal and alternative ethos, Siouxsie And The Banshees meets Metallica, we found all this new language. What was interesting was there was an almost immediate reaction to what we were doing, which was negative. The common refrain was, “You can’t do that, or that’s not cool. Don’t do that.” So, of course, we were like, “This is good. Let’s do more.”

Then we got adaptable to the idea that our individual forms didn’t mean much at all and that we were fine to be the test dummies as we played with these ideas of birth and death and what can a band be and what can a band not be. Every time we turn a page, particularly through the first year of the [the Smashing Pumpkins] and the ’90s, it was like we just kept uncovering levels of violence because people just kept telling us over and over again, “You can’t do that, or you shouldn’t do that.” Why not? It’s rock ’n’ roll.

WAY: I’ve always felt that rock ’n’ roll is something without rules. When I think of Iggy And The Stooges specifically, I think of how onstage or in the studio making something, there are just no rules. How do you think rock fits into a world that we have today where it seems that there are a lot of rules?

Every dangerous cultural movement in the history of man has been marginalized. It never lasts. Why? Because power abhors a vacuum, and chaos is a part of the human experience. You could take a child [with] two loving parents, a great school, a safe neighborhood and a blue sky. And that child at some point will go, “You know what? I want to see what’s on the other side of that wall.” It’s just human nature, and we have a right as artists to explore the gray spaces. I don’t give a fuck that rock ’n’ roll as a business has decided that it’s best kept under wraps. You might be able to keep people like me or you under wraps because of expectation or legacy, but the kid who’s got nothing, who comes from nothing, he or she won’t give a shit. They’ll blow it up all over again.

CORGAN: I think you have to start with the foundational concept of control, meaning what makes one person think that they have dominion over another. In our case, to be specific about it, the minute we step on a stage, we meet forms of control. There’s the audience that’s going to tell you, “Yes or no, we agree or don’t agree with what you’re doing.” Then there’s the guy at the record label. You’re getting into, “Is the government getting involved with censorship?” There’s the media, what you can and can’t say, what is acceptable, what is not acceptable. Every step along the way, there is someone who is assuming a right of dominion over me or you or someone else on the choices that we want to make with our creativity. Now, step aside and think of the guy or woman who just has a good job, and they’re a good citizen of the community. They’re constantly told what they need to put in their body, what they need to believe, who they need to vote for, what they should and shouldn’t do, what they should and shouldn’t watch. This is all born of the human desire for control of others because, in essence, the more people you can control or the more things you can control, the closer you are to immortality. Because that’s the stuff of Gods. 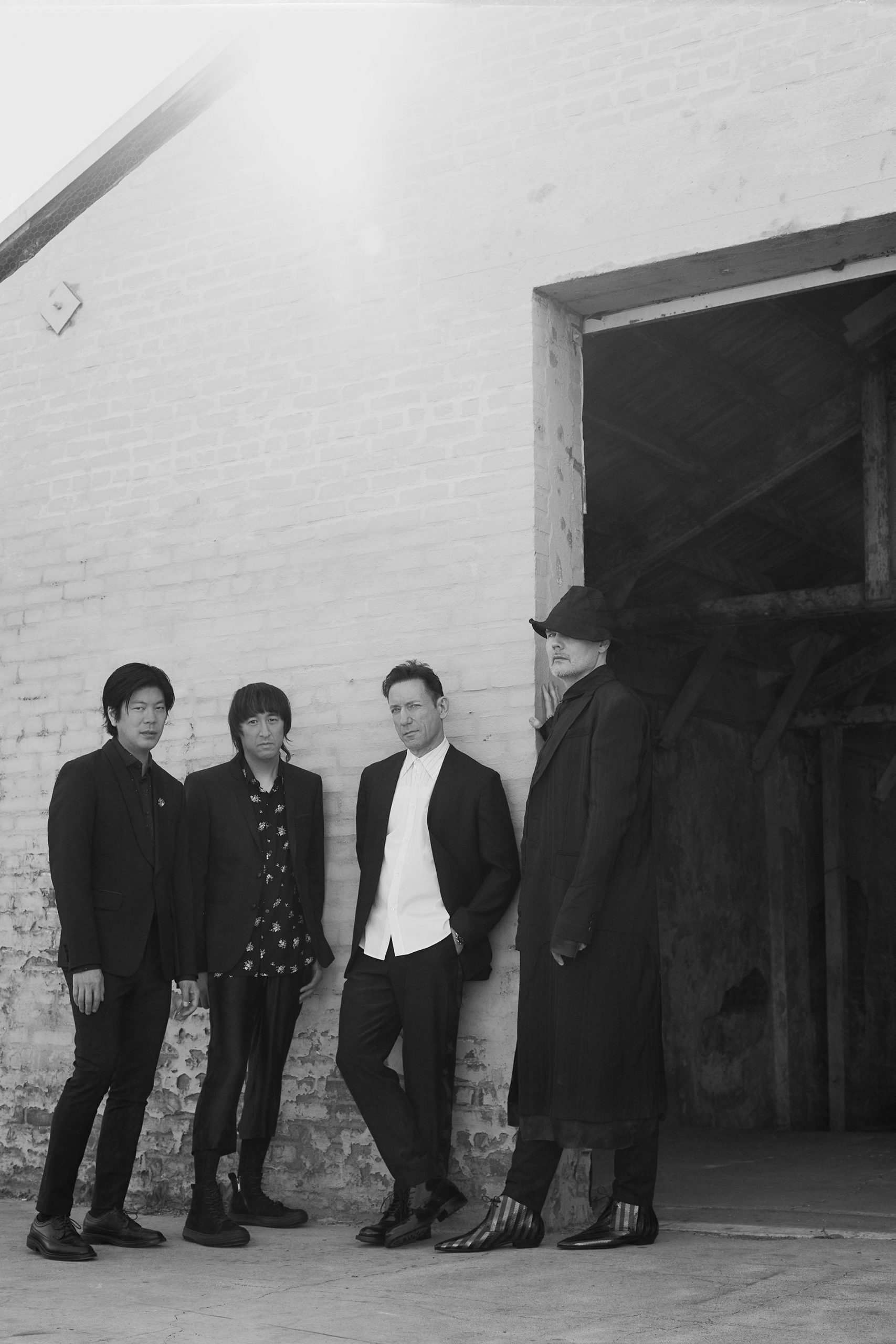 WAY: I think a lot about rock ’n’ roll these days. We know the world that we live in is extremely divided. What do you think it will take to bring everyone together? Who do you think is pushing those buttons to create the polarization? Why are they doing it?

CORGAN: They say that the idea of sanity is the ability to hold two contradictory ideas in your mind. Let’s look at the U.S. political system, left vs. right. You can believe in what you believe in, left, right or center. At the same time, know that you’re being played. The answer to the second part of your question, who do I think is pushing those buttons? Who most benefits from the division? I don’t know who the wizards are behind the curtain, but it’s obvious that somebody is benefiting from the division.

You don’t deserve a life of being a sheep who’s led around by the nose, by a bunch of people who are much better at this than you and I are. You and I have stood in front of tens of thousands of people. Even if we have a bad headache or a hurt toe, we’re still able to put on a good show. That’s just the power of [us being] good at what we do. We understand the power of transformation. 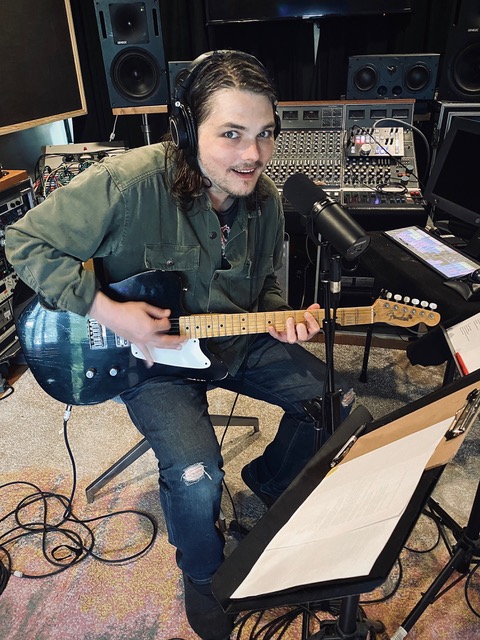 WAY: I remember moving to Los Angeles and looking for a new sound, something really loud. You helped me search for the sound. You even went to places with me to try different amplifiers and guitar heads. I still have the guitar [amp] head with serial number six on it, the White Marshall, and I remember you looking at the serial number too on the back like, “Hey, this is serial number six. They still use that.” Other times, you’ve given me advice, which I didn’t always understand at the time. It would later make sense as I tried to slip further out of the machine that I felt trapped in.

One time we spoke about the machine of being in a big band. You referred to it as a train from what I remember. The train is going, but it’s rusting, and it’s getting rustier as you continue on that train. But no matter what, that train won’t stop. If you don’t get off, it will never stop. And to me, you are someone—and this is rare in rock ’n’ roll and music in general—[who] appears to have gotten off that train. You don’t need it anymore. I feel similar to that. I feel free. Do you feel free because you can just exist and you don’t have to be in a machine?

CORGAN: I do. It took me a long time of accepting things and, at the same time, making peace with my own ambition. I was so ambitious when I was young. I did things that I knew were not healthy. But I rationalized them as like, “Well, that’ll get me down the road, and I’ll sort out the bodies later” kind of thing. I had to make peace with that. I had to make peace with my own darkness and my own willingness to do business with scumbags.

Just to pivot a little bit, what I’m really hopeful [about] is that we’re probably the last generations that are going to have to do whatever that was. And that the next generation coming will have a different opportunity. Now they may choose to want to be in the machine because it’s a lazier option. We weren’t given the option of “not the machine”. The point is: The younger generations coming will be given the option of the machine or not. I would love to see the power of the next genius that comes down the line. A 20-year-old, just beginning, has all the brilliance that you need.

You can read the full Smashing Pumpkins and Gerard Way interview in issue 388, available here.

After growing up listening to artists such as Type O Negative, Paige has always aspired to be a part of the AltPress team. Currently, the Editor In Chief, Paige spends most of her downtime listening to old Queen records from her mum, collecting crystals, spending time with her four (yes, four) fur babies and long-term partner. Paige's goal is to continue to promote music to a new generation of listeners and amplify marginalized voices in the music industry.