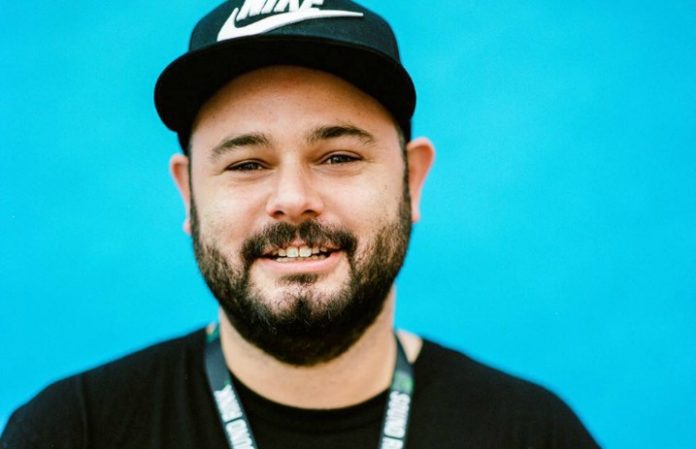 So What?! Music Festival has been promoting alternative-to-mainstream genres coming up on 10 years in Dallas. The name, originally South by So What, is a cheeky pun on Austin’s South by Southwest artist showcase. Mike Ziemer is the man responsible for the continual onslaught of impressive lineups, celebrating a decade of madness this year. Headliners include Mayday Parade (playing A Lesson In Romantics), We The Kings (playing their 2007 self-titled LP), Envy On The Coast (also celebrating a 10-year anniversary with a performance of Lucy Gray), Forever The Sickest Kids, Four Year Strong, Set Your Goals and tons of other scene mainstays. Griffin Elliot spoke to Ziemer about what it takes to successfully promote a decade of festivals, along with all his other immersive side projects.

Coming into the 10th year of So What, what makes this year so special?
To me, it's a reflection of the last decade of doing the festival. A lot of the bands that we have on it have been a big part of it over the last 10 years. Having bands like Mayday Parade, We The Kings and Forever The Sickest Kids coming and doing album plays, that are basically albums that were coming out and breaking as I was really starting to develop as a promoter.

That they would choose to do those at our festival during their celebration tours—and Forever The Sickest Kids getting back together specifically for the festival and potentially to do more stuff—makes it really special to me. Even Envy On The Coast, a band that I listened to the entire time that I've been a promoter. I've always been like, “Man, I really want to work together with that band.” After the first time I saw them, they broke up so… [Laughs.] Wasn’t really easy to book them once it happened. So getting them on the festival is a dream come true.

How did you start booking shows and get into promoting?
It was all really accidental. I was in high school, and I used to interview bands and do album reviews for an online webzine, basically so that I could save money going to shows and get to meet bands. I was doing that, and then a few bands at my high school were like, “Hey, you know a lot of people. You should manage us.” I didn't really know what that meant or entailed, but I was like, “If I’m your best option right now, why not?” The first thing they agreed they needed was shows that weren't at bars. Dallas' music scene at the time was very much just 21 and up, bar driven. The few all-ages venues they had were very hard for young bands to get into. I booked my first show at a community center in the suburbs and kind of launched my career from there on accident.

The @DObserverMusic / @ObserverDallas writing about me 13 years ago… I got job offers from this haha pic.twitter.com/b2yd2nSuTd

Aside from promoting, you do a lot of other cool stuff. You have a record label, management company, the Independent Music Industry Conference. What made you diversify? How much effort do you have to put into all of those jobs? Are you spreading yourself thin these days?
They all go together. I started the record label that I have to help out bands I was managing; I was managing those bands because I saw them at my shows. It all comes full circle. I don't try to sign too many bands; I don't try to manage too many bands. If I become passionate about something, I try to help it as much as I can. The key to being able to do everything is having a really solid team that also believes in everything I’m doing and is willing to wear multiple hats as well. Our marketing guy for shows, Hunter [Garrett], stepped in and took over all the marketing, media and content for IMI Conference; he was even making name tags and stuff like that. Everybody is all in on all the projects to where if I start feeling overwhelmed on one thing, there are two or three other people who can jump in and put time into that as well.

What advice would you give to somebody who is looking to start their own business in the music industry?
I would say work with stuff that you are passionate about. If you think that you want to be a promoter, or a manager or a booking agent, be open-minded. That might be what you really want to do, but you could get better at something else as you mature as someone in the music industry. For me, I thought right off the bat, “Oh, I’m just going to be a manager. I’m going to work with these bands.” Then I started realizing that there was really a need, not only for my bands but also for my market, to be a promoter. When I came in it was like, “Alright, one show a month,” now we do 350 shows a year and we really fill this void that was there for this niche of the music industry, which is all the Warped Tour bands and Alternative Press bands.

“If you think that you want to be a promoter, or a manager or a booking agent, be open-minded. That might be what you really want to do, but you could get better at something else as you mature as someone in the music industry.”

Getting back to the festival, how do you decide who plays? Do you have a wish list of bands you are aiming for each year?
I think based on what tours are going out and what bands we know are going to be active—if a band is going to be doing a 10-year tour, or an instance like last year with Underoath who were doing their reunion tour. In the past we had Bring Me The Horizon and Of Mice & Men’s tour [2014's American Dream Tour]. It's a combination of what's already going out there and can be routed through the festival, and what we think we can add to the festival to make it special and unique from just being a place where a bunch of tours are coming together.

The bottom part of the bill is really a lot of managers, agents and record labels being like, “Hey, we are going to be putting a lot of attention into this young band, and we want your festival to be a part of breaking that.” That's something that both Kevin Lyman and myself get pitched a lot. When Beartooth first came out, or Issues was created, having these teams be like, “You have to believe in this. It's going to be huge. Here's what our plan is…” Then it's like, “Cool, we'll add it to the festival.”

Did you do any post-secondary education relative to the industry?
I went to college for a year-and-a-half for business. While I was in there, Businessweek did a story on my production company and another production company that I was working with. It made me too busy in both a music and a marketing setting where I was like, “Alright, I'm going to take some time off from school and see how this pans out.” I ended up never going back because things kept getting busier and busier.

“I think that music is ever-changing. The kids that were getting into metalcore on Myspace 10 years ago are now the kids in high school who are getting into artists like Childish Gambino, Tyler The Creator.”

Where do you hope the festival will go in the future? In 2027, what do the next 10 years look like?
I'd just to like to keep growing and progressing. Working in different genres and becoming something that's a little less niche and a little more appealing to a wider audience. I think that music is ever-changing. The kids that were getting into metalcore on Myspace 10 years ago are now the kids in high school who are getting into artists like Childish Gambino, Tyler The Creator. As genres are becoming known to kids at a younger age, it's important to be evolving with that and to continue building a festival that's launching artists for these kids, regardless of genre. This year we added in a little bit of hip-hop, and in the past we've had artists like G-Eazy and Riff Raff. To just keep adding in new genres and becoming a more diverse festival would definitely be the main goal.

And for yourself? Where would you like to be in 10 years with everything else you do?
I'm trying to be one of the best managers. I love working with artists that are hands-on. I love being around the creativity. I love helping developing artists’ careers. Being a promoter and doing festivals is fun as well, but the most fun you are ever going to have is when you have that moment you hear someone's music for the first time and you get excited about it. You get to proceed to share that with the world and watch it grow into something much bigger than that moment where you are sitting in a car, listening to a demo or seeing an artist perform for the first time and you get this feeling of “Holy shit, this is going to be huge,” then you get to see it through. That's where my passion really lies. I'm excited to see where I get to grow and build with artists in the next 10 years.