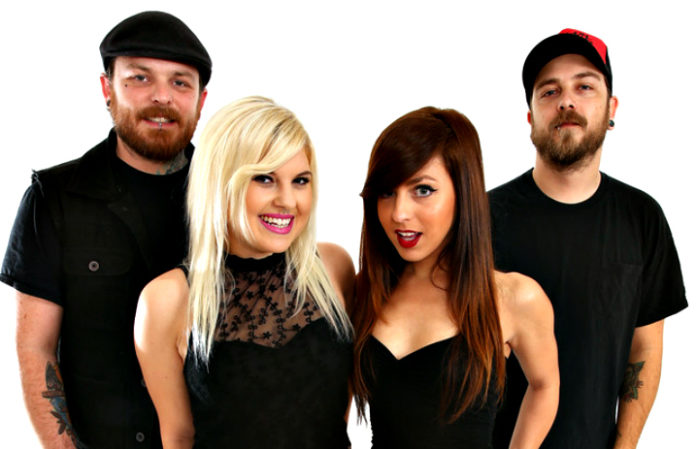 SoCal punk quartet the Bombpops are eager to get their debut full-length Fear Of Missing Out out into the world.

Formed in 2007 by co-frontwomen Jen Razavi and Poli van Dam, the Bombpops established themselves with two EPs on Red Scare Industries. Now they've returned with their latest single, “Jerk,” a grungy song that blends intensity with poppiness. The single comes from the band’s first full-length album Fear Of Missing Out, which drops February 10 via Fat Wreck Chords. You can preorder it here.

“It’s taken our whole band’s life to make this record, but we’re lucky we waited this long to do it,” says co-frontwoman Jen Razavi. “It was the right time. I’m a big fan of the shiny, polished-sounding record, and we got to make that for our first record.”

“Jerk” reflects on the past with anything but nostalgia. Some things are better if forgotten, and sometimes we would do anything to forget the things we can't. The verses hit hard but transition to a more hopeful chorus, “I wish there was a way; erase my memory. Make every word you say fly away.”

“It’s so crazy,” Razavi admits. “Since I was 15, all I wanted to do was be on Fat Wreck Chords. It’s the same with my bandmates. It literally is a dream come true. I used to look up to bands on Fat, but now, my best friend Rosie in toyGuitar is signed to Fat Wreck Chords. Bad Cop/Bad Cop, those girls are our girls. We love them. We feel like we’re part of the family.”

Check out “Jerk” below, and find out where you can see the Bombpops on tour here.