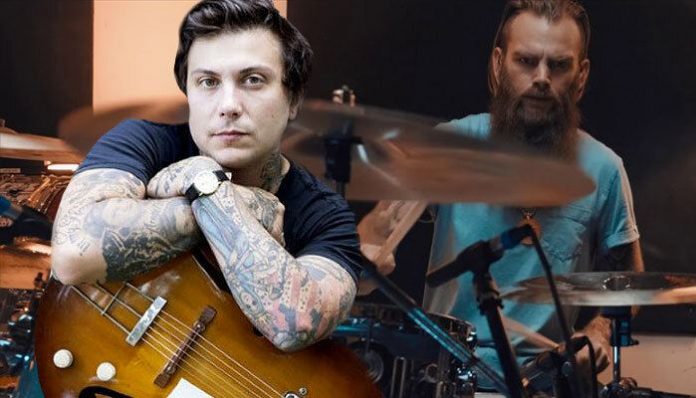 The current state of the world has left us with a lot of free time on our hands, and apparently the same goes for some of our favorite bands. Because they can’t go on tour or record live in a studio with other artists, they’ve gotten creative with different livestream performances to keep fans entertained.

One trend that the music community has been into is having bands perform song playthroughs to teach fans how to play some of their biggest hits.

It’s a great way to learn the music from the people who not only made it but spent show after show perfecting the way it sounds. If you have nothing else to do, check out these 10 song tutorials from the bands themselves, and see if you’re inspired to learn something new.

Dance Gavin Dance recently posted a playthrough of drummer Matt Mingus performing their song “Prisoner” from their latest album, Afterburner. The close-up video allows you to study how he plays the song so you can try to teach yourself.

Of Mice & Men guitarist Alan Ashby has been spending his time social distancing performing a few playthroughs on his YouTube channel. You can learn to play several songs by the band on his channel, including “Gravedancer.” Also, Ashby talks about how the song was made and gives you some behind-the-scenes information, which is interesting to learn.

“What The Dead Man Say” – Trivium

Trivium vocalist/guitarist Matt Heafy has been quite active on streaming lately, posting a variety of content that’s also shared to YouTube. Of those videos includes a few step-by-step lessons on how to play some of the band’s biggest songs, all of which come from their new album, What The Dead Men Say. He’s pretty thorough in his teaching, making it easy to take it slow and perfect the song at home.

Every scene kid needs to learn how to play “Hey There Delilah,” and now you can learn it from Plain White T’s singer/guitarist Tom Higgenson. The 30-minute lesson will make you a master of the song in no time, and you can quickly impress your friends when you serenade them with a Zoom call.

“Hall Of Mirrors” – The Distillers

For those learning bass guitar, try out this lesson with Distillers bassist Ryan Sinn on how to play “Hall Of Mirrors.” It’s definitely a nice song to jam out to, and you’ll want to show off to everyone once you get it down to memory.

From his basement jam room, @frankieromustdie of @mychemicalromance gives a tutorial on his guitar parts for their songs “Ghost of You” and “Welcome to the Black Parade.” Be on the lookout for new Artist Check-Ins coming soon. For each artist that participates in a Fender Check-In, we are making a donation to @musicares who has set up a COVID-19 relief fund to support creators affected during this time.

We can’t think of a better way to spend time while quarantined than by learning how to play iconic My Chemical Romance songs from Frank Iero himself. This will take your appreciation of MCR songs to the next level when you learn to play them yourself, and you’ll undoubtedly feel accomplished after you master them.

Megadeth’s David Ellefson just released “Simple Truth” from his new solo project, and while he can’t play it for fans live, he can at least teach them how to play it at home. If you’re getting bored of practicing the same old songs, try out this new one to spice things up.

“Mindreader” – A Day To Remember

A Day To Remember also just dropped this track, and they decided to have guitarist Kevin Skaff teach players how to tear through the song’s riffs themselves so you can stop playing it wrong. Even though it looks like we aren’t receiving their next album, You’re Welcome, for some time, we can at least enjoy this fresh ADTR content.

Sometimes if this is what your freedom reaps… Track 1 off of For Blood & Empire; I’d Tell You But… (I’m Dead) bass play-through. Thanks for all of the suggestions of songs, keep ‘em comin! Stay safe. Much love. @fender @kemperamps_official @darkglasselectronics @ernieball @antiflag @mddnco

Chris #2 of Anti-Flag has been blessing Instagram with his bass playthroughs of some of the band’s tracks for you to learn at home. He’s posted several since this whole thing started, so you will become an expert at playing their discography in no time.

Grayscale have been teaching fans how to play their songs every Friday at 7 p.m. EST on Twitch, and we couldn’t be more grateful. In past streams, guitarist Andrew Kyne has shared how to perform “In Violet” and “Forever Yours.”