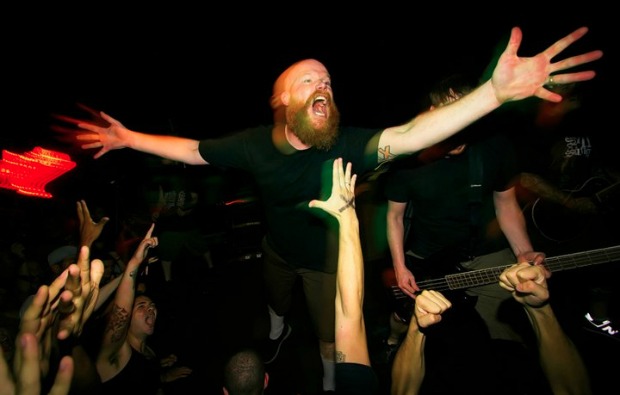 Today we've got a brand new track from SoCal hardcore veterans Strife with “Show No Mercy.” The song comes from the band's upcoming album, Witness A Rebirth, which will be their first in 11 years and features four of the five members on their hit LP,  was produced by Nick Jett (Terror, Rotting Out). The album is due out November 6 via 6161 Records here in the US* and can be pre-ordered here. They'll be playing two release shows on 11/30 in New London, CT at El N Gee and 12/01 in Philadelphia, PA at The Barbary. Check out the song and let us know what you think down in the comments.