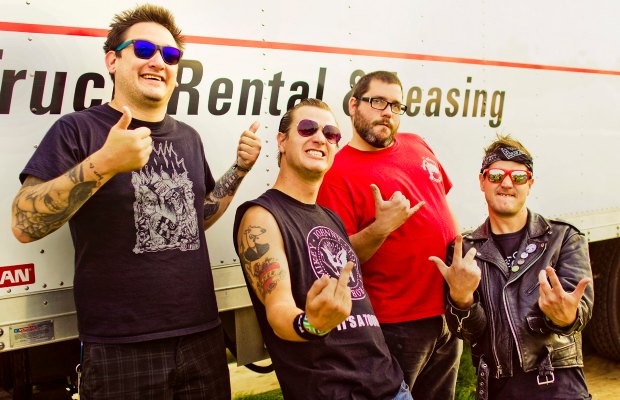 Teenage Bottlerocket are set to give tracks from their upcoming 7-inch American Deutsch Bag (out November 26 on Fat Wreck Chords) their live debut at this year's Fest, and are the most excited about “I'm The One Smoking Marijuana Motherfucker.”

“Teenage Bottlerocket is very excited to premier this new tune before Gainesville Fest because honestly, the song reminds us of Fest,” says guitarist/vocalist Ray Bottlerocket. “This minute-and-a-half long punk rock number is about smoking reefer and riding skateboards. American Deutcsh Bag doesn’t come out until November 26, but we wanted to get this tune in the ears of the Fest-goers before that date. We hope you enjoy.”

Check out the hilarious new track below and get ready to sing along at the Fest!