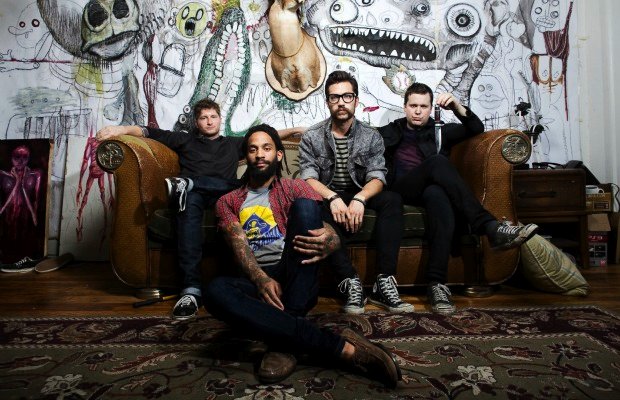 Today we're bringing you an exclusive premiere of “in,” a new song from mathcore veterans the Chariot's upcoming album, One Wing. The song twists through the band's signature abrasive and off-kilter guitar riffs while intertwining subtle melody with raw yelps from frontman Josh Scogin. Check out the song below and order the record physically or on iTunes now. One Wing is due out August 28 via eOne/Good Fight Music.