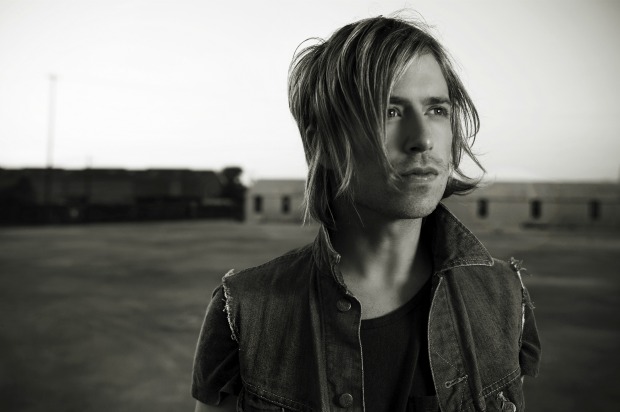 Sometimes the best way to motivate yourself is to make a public promise to hundreds of thousands of online followers. At least, that's what worked for The Rocket Summer when he quite suddenly decided he was going to announce a Christmas EP before having written a note of it last month.

“I woke up on November 7 and decided I was going to announce that I would be releasing an original Christmas EP within a few weeks, even though I had yet to write a single song.  I gave myself three days to write three songs, and ten days to learn how to properly engineer a record because I had never fully done that myself. It was in fact madness,” says Bryce Avary.

What resulted was a four-song EP, set for digital release next week on December 3, featuring three originals (“Christmas Madness,” “Elf Creep” and “Grapevine Eve”) as well as one classic (“O Holy Night”).

“'Christmas Madness' is the first song I wrote on day one. It's about the financial pressures that come with Christmas, and it's all wrapped up in an old, worn out, sparkly Christmas pop song gift box. I played everything on the song except for the ripping sax solo that was played by Clay Pritchard–a long lost buddy of mine from high school.  It just wouldn't have been the same without that sax.  Oh, that sweet, sweet sax.”

EP out Dec. 3 via Amazon iTunes and other digital retalers.