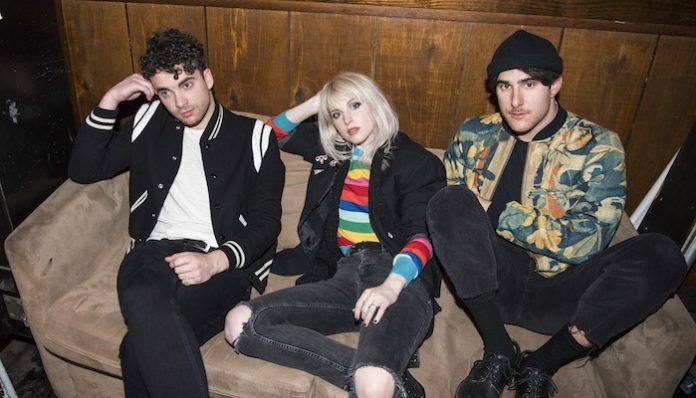 We’re all anxiously awaiting the release of Paramore’s next album, but the band have warned us not to get too ready just yet. On the bright side, Hayley Williams hasn’t left us wanting in the solo department.

Recently, she had a fan release her newest broody track “My Limb,” followed up by her second solo album, Flowers For Vases/descansos, all shortly after Williams’ haunting cover of “Teardrop” by Massive Attack showed up on streaming services.

Read more: QUIZ: Which color should you dye your hair based on your music taste?

All we’re hoping for is that Paramore follow suit and release some covers as we await new tunes. And we’ve compiled a list of the ones we’d love to hear. Here are our top 10 songs we’d love Paramore to take on next.

Paramore have long spoken of their love for all things grunge/post-hardcore. They’ve mentioned being influenced by bands such as Failure and Sunny Day Real Estate (they even covered the latter), so a Thursday cover just feels natural. It’s easy to imagine them nailing a song such as “Division St.” and having a lot of fun in the process.

An artist Williams has shown a lot of love to recently (she even featured on Williams’ solo album, Petals For Armor, as a part of the trio boygenius), Phoebe Bridgers’ upbeat yet soft “Kyoto” would make for a great cover by the band.

Paramore have proven that they have no issue switching up genres and doing so with a skill appreciated by the masses. Yep, we’re referring to their “Passionfruit” cover. We’d love to see the band hop on another R&B track and make it their own. Williams already covered part of another SZA song on her Instagram self-serenades. Why not make it official?

After touring with the band in 2009, it’s high time Paramore did a No Doubt cover. And now that we’ve imagined them covering a song as fun and dynamic as “Spiderwebs,” we can’t stop thinking about it. We’re going to need this one to happen ASAP.

Paramore’s love for the Cure is well known. They even covered their song “In Between Days” on SiriusXM. But we simply need more. “Close To Me” is an upbeat track with all of the ’80s vibes that we can’t help but imagine Paramore dancing their way through.

Williams’ recent social media tribute to Dolly Parton got us thinking… A Paramore cover of “Jolene” is something we very much need. After their cover of “You Ain’t Woman Enough” by Loretta Lynn, we already know they’ve got the country thing down, but we’ll happily take a little reminder.

Janet Jackson – “When I Think Of You”

Paramore’s After Laughter tour brought about partial covers of Whitney Houston’s “I Wanna Dance With Somebody” and Blondie’s “Heart Of Glass.” In true ’80s fashion, we’re going to need to see Paramore cover this dance anthem by Janet Jackson. Besides, what is After Laughter about if not dancing?

A little while ago, Williams shared the first mixed CD Zac Farro made her in their teens in the form of a Spotify playlist. The playlist holds bands such as Jimmy Eat World, the Beatles, Death Cab For Cutie and Weezer. While “El Scorcho” isn’t the specific Weezer track on the playlist, it’s one we think would make for an exciting and great Paramore cover (fingers crossed).

Honestly, we just think this Yeah Yeah Yeahs reimagination would be super cool. And it would take Paramore back to those early 2000s punk feels that we’re all nostalgic for. After all, Williams did mention that the band have been revisiting those sounds as they get inspired for their next album. Even if that revisitation only ends up being in a cover, we’ll take it.

As they’ve proven, Paramore can handle any genre thrown their way. But there’s just something about their indie covers that sends us. Having done so well with Phoenix’s “Long Distance Call,” we can already hear Paramore taking on the Shins’ “Australia” with expert precision. 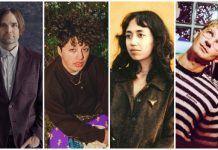