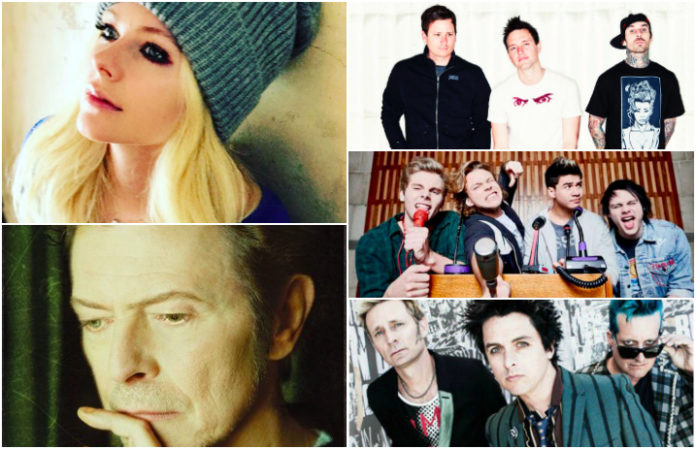 Every now and then, a piece of existing music appears in a new song. Sometimes, it’s a total accident. Other times, a band is sneaking in some rhythm or melody into their jam.

Lawsuits can grab headlines, but not all instances of songs sounding like other songs end up with a legal battle for money. Here are 10 instances where songs sound quite a lot like another existing song, and some background about what happened with them.

1. “Hey Everybody!” – 5 Seconds Of Summer
5SOS takes directly from Duran Duran’s “Hungry Like The Wolf” in the melody of their song’s lyric delivery; you can tell right away. The boy band gave the ’80s band credit on the song.

2. “Last Nite” – The Strokes
The opening guitar riff is pretty signature to this Strokes tune, but it’s incredibly similar to Tom Petty’s “American Girl” introduction. Apparently, it never bothered Petty, according to an interview with Rolling Stone.

3. “Adam’s Song” – Blink-182
“Adam’s Song” directly responds to Nirvana’s “Come As You Are” in its lyrics. In “Adam’s Song,” the lines “I took my time, I hurried up/The choice was mine, I didn’t think enough” is an adjusted version of the line “Take your time, hurry up/The choice is yours, don’t be late” in Nirvana’s song. Plus, the bass line is similar between the two songs.

4. “Steal My Girl” – One Direction
The beginning of this 1D song sounds very similar to New Found Glory’s “It’s Not Your Fault,” and the pop group was criticized both by NFG guitarist Chad Gilbert and Paramore vocalist Hayley Williams.

5. “Warning” – Green Day
The punk band seem to have lifted a riff from the Kinks’ “Picture Book.” Green Day are also accused of stealing other bands’ music in songs like “American Idiot” (which sounds a lot like “Doublewhiskeycokenoice” by Dillinger Four) and “Boulevard Of Broken Dreams” (which is pretty dang similar to Oasis’ “Wonderwall”). There haven’t been any lawsuits against the band in these three songs, though other lawsuit attempts have been made against them.