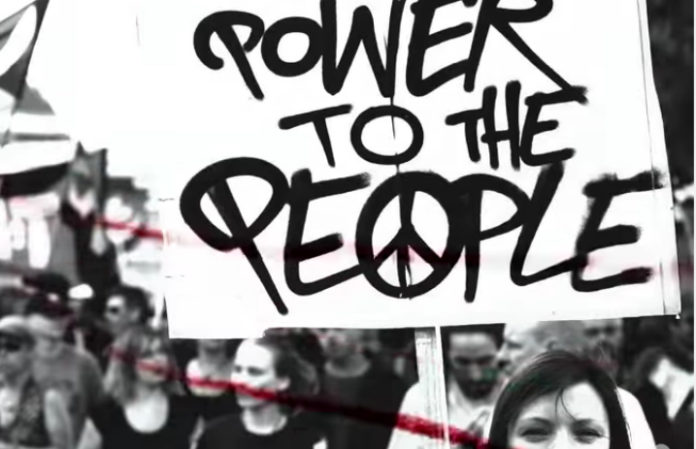 “2016 was the worst year ever.” This mindset has been flooding news sites, lifestyle columns, horoscope pages and social media feeds. Now, if you look in history books, you can probably find worse years. (1939 through 1945 were particularly bad, for example.) However, most people will agree 2016 was not a banner year. The world, of course, has its many growing problems, but the United States seemed to hit a huge low and a panic all at the same time. We’re hoping—perhaps irrationally—that 2017 has at least some good news for us. So we came up with a list of songs to describe our wishes for the new year, thoughts only determined by fate, others by calls to action.  And if these sentiments are left completely unfulfilled, at least you’ll have a cool playlist for the apocalypse.

1. The universe needs to stop taking all of our beloved icons away at the same time.

“Death is coming 'round like a hurricane swirling,” sings Periphery vocalist Spencer Sotelo in “Marigold.” Well, he was right on the money when he made that one up. Significant icons die every year, but 2016 seemed to be paying the Grim Reaper overtime. Dozens of beloved icons in entertainment were taken this past year, including David Bowie, Alan Rickman, Glenn Frey and most recently, Carrie Fisher and her mother Debbie Reynolds. The loss of stars in film, music and the arts is always painful, not just for the people who knew them personally but for those who revered them for the impact their work had on the world. Dear 2017: Take it easy.

2. A positive outcome to the debacle that was the 2016 presidential election.

This raging New Jersey hardcore band perfectly sums up the 2016 political situation in one line: “Dead thrones built of fools.” Come on America, we need to do better than this. Whether your presidential pick won or not, you’ve got to admit, with tensions growing, we are not in a good spot right now.

3. A culture of acceptance for people of different backgrounds.

The most important part of this track isn’t even the music, but the sound clips of people in crisis and social turmoil. If 2016 has showed us anything, it’s that the divisions in the United States are more significant than we thought. Whether it’s because of race,  gender identity or any other qualifier, people are not as accepting of difference as they should be. That needs to change.

4. Listen to each other.

This gritty Philly punk band are not afraid to point out what’s fucked up about our society right now. “Beautiful & Miserable” from the EP The Old Colors Are Dead, Pulling Punches torch the petty attitudes that people have adapted. “Everything is loud/Everything is unsettled,” vocalist Michael Kennedy screams. 2017, please be a year that eases this problem.

5. Come up with solutions to problems instead of stubbornly clinging to a partisan side.

“Universal Language” by Stick To Your Guns

As always, Jesse Barnett crucifies injustice where he sees it on this track from their recent EP Better Ash Than Dust. As the song title suggests, he is calling for people to come together instead of recklessly hating those with different opinions. He declares, “I want no part of your one-sided perspective”—and so should you.

6. Stop being apathetic. Do something.

“I’m not gonna let this go/I’m ready to settle the score,” Deryck Whibley croons in one of the most sentimental songs on Sum 41’s new record, 13 Voices. Perhaps he’s talking about a personal battle, but the lines still apply to our current climate. For a long time, many people have been apathetic about the crime and corruption going on because it seems to always happen no matter what. The prevailing attitude is, “What can I do about it? What’s the point? Shit’s fucked anyway.” Even if it’s a losing fight—which it doesn’t have to be—it’s still a fight worth having. It’s time to get active.

7. Shootings need to stop being a daily headline.

“Hands Up” by Hesitation Wounds

Half of this country’s egos are tied to their guns. Unfortunately for the rest of us, it’s killing people on a near daily basis, and no one is doing a damn thing about it. Is anyone else sick of turning on the TV or picking up the phone to find out where the latest shooting happened? At this point, it’s everyone’s fault.

“Badge & A Bullet Part II” by Stray From The Path

Again, SFTP dominate when it comes to social and political commentary. The Long Island hardcore punks call out the hypocrisy and injustice of “the system” that unfairly benefits those who are in power and makes victims of everyday people. Just because you occupy a certain position, doesn’t put you above the law. (Let’s all revisit the Magna Carta, shall we?)

“Revolution” by the Used

What our society clearly calls for is a complete overhaul of the current system. Politically, socially and even philosophically, revolution has become necessary. We’re on the brink of it. It’s just a matter of what match strikes first.