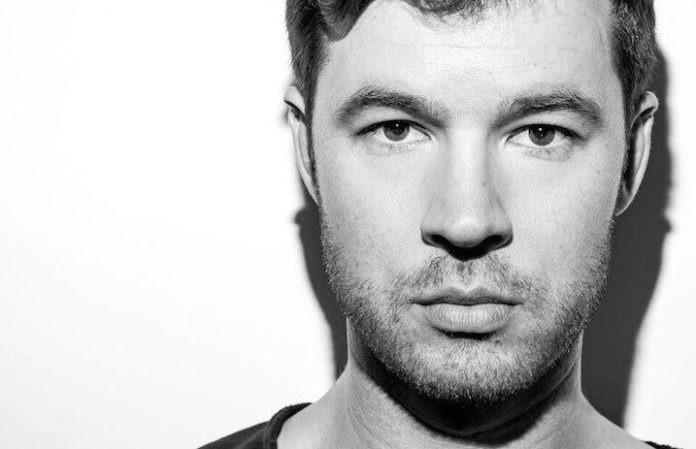 Curtis Peoples: Have you heard the name before? If not, get to know him: The songwriter has collaborated with some of your favorite bands, writing for Grayscale (“Forever Yours”), Movements (Feel Something), I The Mighty (“Where The Mind Wants To Go”) and Pierce The Veil (“Today I Saw The Whole World”). But now? He has just released an EP of his own, Five-Nine.

Got to write with the awesome @movementsofficial for their new album “Feel Something”. Check out “Under The Gun” & “Submerge”!

Check out the new single from @ithemighty I co-wrote. Song ROCKS! Link in their BIO. “Where The Mind Wants To Go”. Thanks fellas for letting me join in on the party. Record is out Oct 20. #wherethemindwantstogo #ithemighty #newmusic

Listen to “Love On Fire” below:

It’s clear Peoples has an impressive songwriting background, so we had to ask: What songwriting tips can you share? His answers didn’t disappoint.

Write, write, write
Yes, you have to be creative and talented to be a songwriter, but it’s a craft, and it takes trial and error to get better. I love the first songs I wrote for a million reasons, but they only get better and cooler as you go.

Let the influences in your music DNA come through
We all have awesome—and some embarrassing—bands we grew up loving, and they can all be a huge part of what makes you unique as a writer. I’ve definitely referenced the best band and worst band I love in the same writing session, and the chorus was fire.

Don’t be afraid to write something catchy or “pop,” but make sure you believe in it
People know when something is done honestly, and they know when it’s commercial B.S. you don’t like or believe in. That’s not how great songs happen.

Co-writing is not evil
Collaboration can be amazing, and if it worked for the Beatles, then you’re not too good for it. Find collaborators you love to work with and write, write, write.

Don’t try to copy what’s happening right now just to chase Spotify and the radio
“We should do something exactly like that new Weeknd song that everyone is already tired of!” Believe me, by the time it comes out, you’re already six months behind.

Fight for what you believe in
If you know it’s great, don’t get bummed if someone disagrees. Always trust your ear. Even when you’re wrong, it’s that confidence and fearlessness that’ll lead to amazing songs.

You don’t always have to be right or have the best idea on a day
If you’re in a band or writing songs with other people, it’s OK to be wrong sometimes. It rules to have every best idea in a co-write, but some days you are assisting and helping someone find theirs. This doesn’t make you a worse writer; it makes a great collaborator, and people will want to work with you again and feel comfortable with you—and that is huge to finding the real gold.

Don’t sit on a song forever because “it’s not ready” or you’re waiting for the “right time”
There’s no right time to put a song out. If it’s done and it’s great, let the world hear it!

Be patient
Writing can be so frustrating and quitting is easier; but if you believe in what you’re doing, then stick with it and keep fighting.

The last tip is similar to the second one, but I must go deeper cause it’s so important…

Don’t ever give up if you love it
This seems simple and cliché, but it’s not—and it’s everything and important. It’s a hard career with so many ups and downs, but writing a great song is still one of the best feelings and can lead to amazing experiences. So if you love it, don’t give up.

Listen to a playlist Peoples curated here, including the newly released co-writes and collaborations he's worked on.