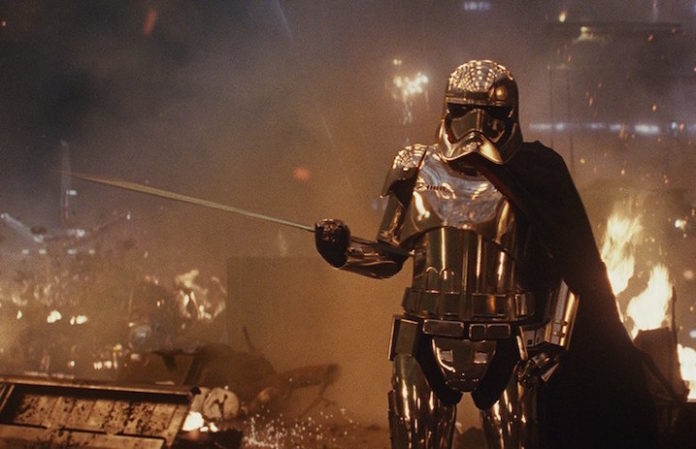 Star Wars: The Last Jedi is almost here (it hits theatres Dec. 15), so to hold us over, we decided to trawl YouTube, Reddit, the Outer Rim and the Unknown Regions in search of answers to some of our biggest questions about the year’s most anticipated film. Focusing our efforts on two of Episode 8’s key players–Rey and Supreme Leader Snoke–we’ve read up theories involving Mace Windu, giant glowing eggs and [gasp] Darth Jar Jar Binks. Lightsabers at the ready!

One of the hottest theories about the mysterious heritage of force-sensitive scavenger Rey is that she belongs to the Kenobi family tree. Purveyors of this theory point to Rey’s vision in The Force Awakens, where she hears the voice of Obi-Wan, as well as her actions on Starkiller Base mimicking those of the Jedi Master on the Death Star in A New Hope, as evidence in favor of the Rey Kenobi idea.

Likelihood rating: 8/10; we like this idea, and with an Obi-Wan spin-off reportedly in the works, it could fit the direction of the franchise going forward.

People who follow the Star Wars franchise closely are aware of the character of Ezra, the protagonist at the center of Disney’s animated Star Wars Rebels TV show. Reddit user Darth Hodor has come up with a pretty neat theory postulating Ezra’s fall to the dark side and Luke Skywalker subsequently hiding his daughter, Rey, from him. Sounds like a pretty cool idea to us.

Likelihood rating: 6/10; this is a creative take on Rey’s parents, and while it would be a treat for hardcore fans, would Disney put so much focus on a fringe character? We’re not sure…

This theory reckons that Rey is the relation of none other than the evil mastermind and Sith Lord Sheev Palpatine, who conspired to bring about the downfall of the Republic and the Jedi Order until he was eventually destroyed by Luke Skywalker. But YouTube’s SYLO: Star Wars thinks that the Emperor lives on in Rey, highlighting similar lightsaber techniques between the two, as well as Luke’s apparent fear of Rey in The Last Jedi trailer.

Likelihood rating: 6/10; it could definitely happen, but shrouding their new hero in the cloud of the dark side would be a bold move from Lucasfilm.

Theory: You’re all overcomplicating things! Rey is a Skywalker, like we all thought in the first place.

YouTube channel Star Wars Coffee’s view is that Disney has been (inadvertently) trolling us ever since The Force Awakens dropped in 2015. Just because they didn’t come out and say it, doesn’t mean the most likely theory about Rey’s father–that he is Luke Skywalker–isn’t the right one. They argue that Rey’s use of a Skywalker lightsaber in TFA, the fact that Kylo Ren (arguably) knows who she is, and that the main saga films revolve around the Skywalker family, all point to Rey being the offspring of Luke.

Likelihood rating: 8/10; it certainly makes sense, but wouldn’t Rey Skywalker be a bit of a cop-out by Disney?

Theory: Quit with all this, “Who are Rey’s parents?” nonsense. The bigger question is: “Who is the last Jedi?” The answer? Rey, of course.

Director Rian Johnson may have seemingly debunked the idea that the identity of “the last Jedi” is anyone other than Luke, but that hasn’t stopped some people sticking to the notion that, actually, it’s Rey. Could Luke die in Episode 8, having trained Rey in the ways of the Force, and subsequently pass on the mantle to her?

Likelihood rating: 3/10; The Last Jedi’s director seems to have put this one to bed, but there’s an outside chance he could be telling a fib.