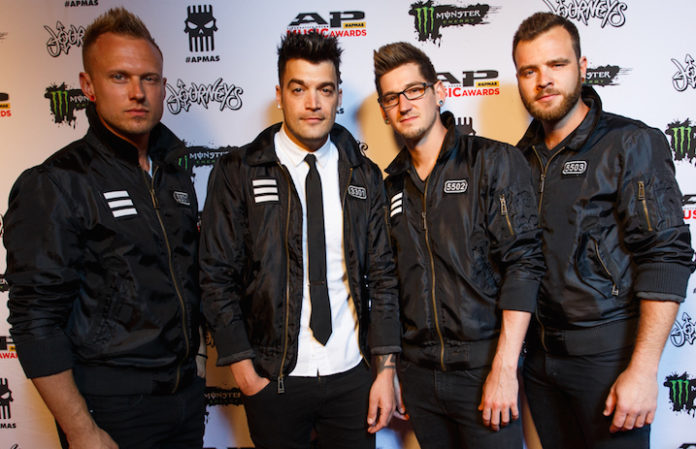 “Everybody has their own self-tailored perfect life that they put out there. [Social media] shows us a very skewed view of people’s lives for the most part,” reflects Starset's Dustin Bates on the first episode of Under The Rock. “I sort of use it to vent the absurd thoughts in my head sometimes.”

The vocalist/keyboadist spoke to host Stevie James for the podcast series about how science and technology are changing the world, from automation to post-truth. Plus, he discusses the goals of the Starset Society and explained how the music and science and literature come together to create the project.

The Starset Society's goal is to inform others about science and technology, something Bates has been interested in from a very young age. “When I was in 5th grade, I read a bunch of biographies and decided I wanted to be a scientist or someone who made great change in the world,” he says. “There was something wizard-like about scientists and inventors, and I thought it was super cool. I aspired to be that.” Mixing those interests with his love of music happened organically, with the Society and the band influencing each other: “It’s a cinematic rock band because we were trying to be very visual and tell a narrative,” Bates explains.

They also talk about going to Mars, as a way of protecting our species, humanity and life. Although Bates believes in the importance of the scientific discovery about life on other planets, the trip to Mars itself is something he's not willing to do: “I wouldn't because I don't wanna die,” the musician tells James.

Listen to the first episode of Under The Rock for the full interview.