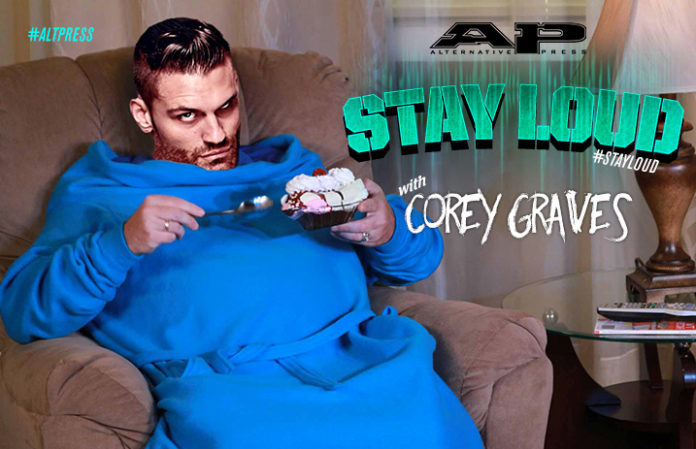 It was my freshman year of high school, the club was called Metropol, in Pittsburgh's Strip District, and there’s the strong possibility I was wearing JNCO jeans. Regrettable fashion choices aside, I was in the middle of the sensory battle royale that was a Sevendust live show.

I was sweating buckets, mesmerized by vocalist Lajon Witherspoon whipping his dreadlocks wildly on stage and trying my best not to die in the pit. Suddenly, everything goes black.

Lights out. Music silent. The mass of humanity surrounding me was buzzing with equal parts panic and excitement. After what felt like an eternity, blaring through the darkness came one of the most recognizable riffs in music—”Walk,” by Pantera.

I felt like I was doing something wrong! Were we all going to get in trouble? It wasn't their song, but damn, they were crushing it.

Now, this was by no means the first time I'd heard a band do a cover. However, I do credit/blame this moment for my ongoing obsession with cover songs. In the years since, I've heard pretty much every metal band on Earth cover that song.

To me, cover songs are like pizza and sex. Even when they're objectively bad, they're good. Over the years, I have sought out more cover songs than I can even remember. My friends and I used to burn CDs full of the most obscure and random songs we could find. (Oh Napster, how I miss thee.)

From Type O Negative turning one of the lamest songs ever, Seal And Crofts’ “Summer Breeze,” into one of the most badass, to A Day To Remember remaking modern pop hits, to Johnny Cash covering everybody and everything in between, there is no shortage of hidden gems to keep me busy. (I'm jamming on Prep School's cover of “Come As You Are” as I write this.)

So, for my own personal enjoyment as well as yours, I asked some friends to share their favorites:

I love Muse. One of my favorite bands constantly throughout the years.  It's not an easy task to take on a song of someone's caliber like Nina Simone. The cover is done so well with respect to the original but preserving its magic while adding Muse's own twist. Like I said, not an easy task. A+ in my book.

The Fugees, “Killing Me Softly” They took the song and made it so you can really vibe to it. I'm a big fan of Wyclef Jean and I think he is so talented on many levels! But what really gets me is the feeling that Lauryn Hill brings to the song! She shows how great of a singer she is and the Fugees version of the song made you forget they weren't the originators.

“All Along the Watchtower” by Jimi Hendrix. It's hard for me to admit someone did one of Bob Dylan's (my favorite artist of all time) songs better than he did, but even Dylan himself said that Hendrix did the definitive version of the song.

One of my favorite covers has always been the Sex Pistols version of “C'mon Everybody” by Eddie Cochran. It's loose and it's raw; neither are bad things for rock 'n' roll. It amps up the original yet remains true to its spirit, and it leaves no room for doubt that 1950s rockabilly is key to the roots of early punk. Original bassist Glen Matlock (who wrote many Pistols’ tracks) said he was going for an “Eddie Cochran feel” using the half step slide that was signature to Cochran's work—that slide was later used by countless punk bands who heard it from the Pistols.

My favorite cover song is Dolly Parton's “Jolene” by the White Stripes. Dolly is a fabulous songwriter and her lyrics were so real and different. I just love Jack White's live version. It's full of emotion and so powerful. I also like how he didn't change the lyrics even though he is a guy singing about a girl that stole his man. I hate when they do that!

I love Mark Ronson's whole Version album. It's all covers. “Stop Me” [a reworking of the Smiths’ “Stop Me If You Think You’ve Heard This One Before”] was the single, and Amy Winehouse did the Zutons’ “Valerie”… and I was in the video!

I have a couple favorites. “Imagine” by A Perfect Circle. The original is a lyrical classic, but the remake by APC is hauntingly great. There's also “Personal Jesus” by Marilyn Manson because it has personal meaning as it was my entrance music for years. And I can't forget “Proud Mary” by Ike and Tina Turner.  This cover blows CCRs out of the water… I used to listen to it cassette style laying out at the Minnesota “beach” in college. Good karaoke duet, too!

My quest for great cover songs is endless, so please, if you know any good ones, send me a tweet @WWEGraves, and use #StayLoud.