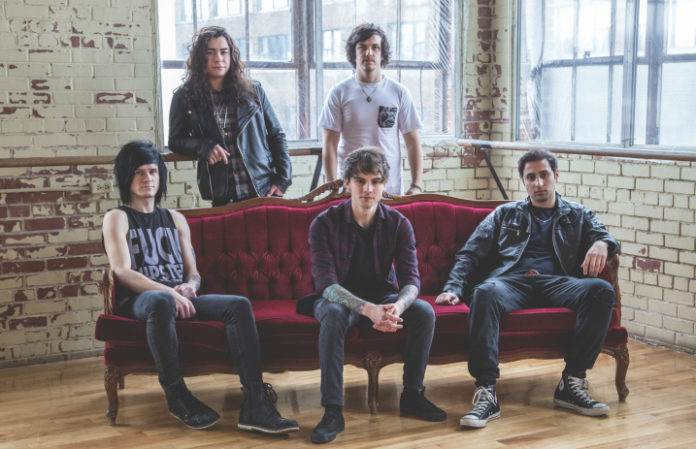 New Hopeless Records signees Story Untold have partnered with AP to premiere the acoustic version of their track “History.” The “History” is the lead single off their self-titled EP, released in May.

Lead singer Janick Thibault had this to say about the track: “The main idea behind 'History' is basically just a kid that has a dream and he's going to do whatever it takes to achieve it. He wants to leave his mark in history. This song isn't just about me, it can be about you, us, basically anyone. The lyrics are pretty straight forward, it doesn't really have any hidden meanings or anything like that. When we wrote this song we wanted to have a song that could inspire us but also anyone that has a dream or a passion.”

The band will head out as support for Simple Plan's U.S. tour in October and are in the process of writing and recording for their first LP.

“We are also very excited about our upcoming tour with Simple Plan! It's a pretty big deal for us because we've been fans since we were about 10,” says Thibault. “They definitely influenced me and the rest of the band not just with their songs, but also with their perseverance and how they're always trying to do better than what they already did in the past. We also wrote three songs with them and they're really nice guys. Simple Plan is one of the biggest, if not the biggest band, here in Quebec, so I think it's really cool for our band to have the chance to go on our first U.S. tour with them.”

Story Untold are currently working on their debut full-length album. “We are actually writing and demoing songs for our first LP that should come out in 2017,” says Thibault. “I wrote over 30 songs already, and I might write a few more to make sure we have many options, because I really want our first LP to showcase what we are all about.”

You can  watch the original version of “History” below!