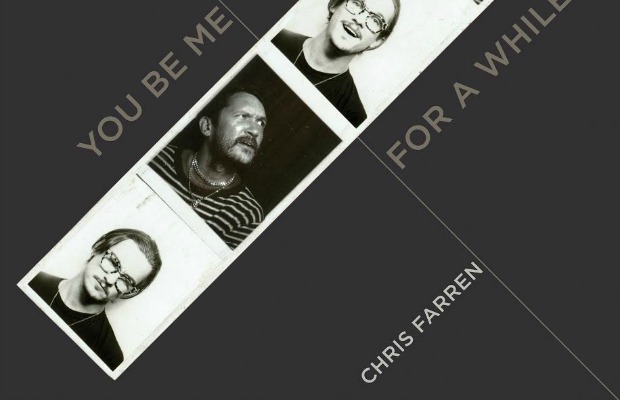 Chris Farren and Tim Kasher are releasing a split seven-inch on limited edition gray vinyl for Record Store Day. Here’s how it works: Tim and Chris wrote and recorded one song each, and then passed only the lyrics and chords to one another. Next, the two recorded their interpretations of the other’s song, never having heard the original.

Today, Farren is teaming up with AP to bring you one of his songs, “All The World,” which you can stream below. Check it out, and let us know your thoughts.

Here’s what Chris had to say about it:

“This split is a pretty big deal for me, personally. In addition to many early Saddle Creek releases, it was Tim Kasher’s records that made me want to be a songwriter. His lyrics are sharp, interesting and direct. I’ve spent hours listening with headphones on, reading through lyric books, examining and enjoying each of his albums since I first heard ‘Domestica.’ I’ve been ripping him off ever since.

I met Tim in kind of a chance encounter—Cursive was opening for Minus The Bear, and my band, Fake Problems was opening for Against Me!, in different rooms of the same venue. Our two bands had to (got to) share a backstage room together. We struck up conversation, followed each other on Twitter and kind of just kept in touch. Maybe a year or so went by before I had the courage to email him asking if he’d want to do a split—I agonized for probably four hours before I sent the email and he responded within 10 minutes saying he was into it.

‘All The World’ is a song about getting out of a depression—and what it took to get there. All the attempts and changes you try to make in your life to change the way you feel—some working, some failing miserably. I think when I wrote down the lyrics to the chorus initially they were meant to be sarcastic, but as the song evolved and my perspective changed I started to really believe them.”