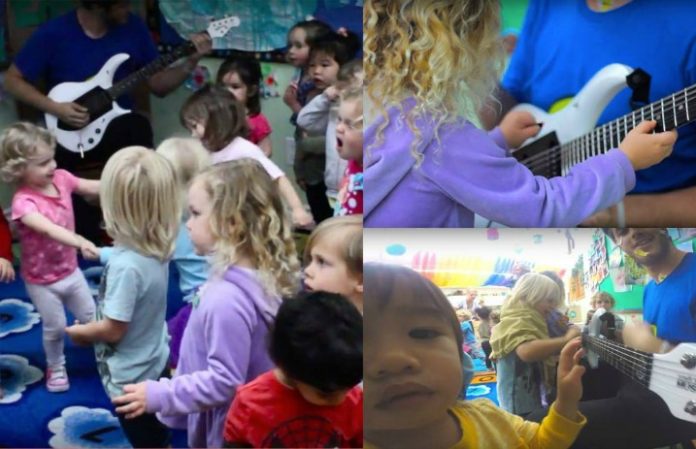 Remember when Dan Sugarman released this epic video of preschoolers moshing to his metal song?

Well, now the musician has released an album titled Centersun, which includes the song featured in the music video. He opened up about the kid-filled dancing in the video for “Outspire,” explaining that he gives music lessons to children in addition to being an instrumental artist.

“I thought it would be funny to shoot a video in an actual preschool classroom,” says Sugarman. “The video was me in a class for music appreciation day, and after I played a few songs on the acoustic guitar, I performed my song twice and filmed it.”

Sugarman has joined AP to release a full stream of Centersun. Though the album’s vibe is pretty dark, he thinks the image of dancing preschoolers adds to the music’s overall message.

“It’s a total contrast to the music and where my mind was when I wrote it,” he says. “To me, that’s what this album and the music is all about—finding the light in any dark moment.”

Check out the exclusive stream below!