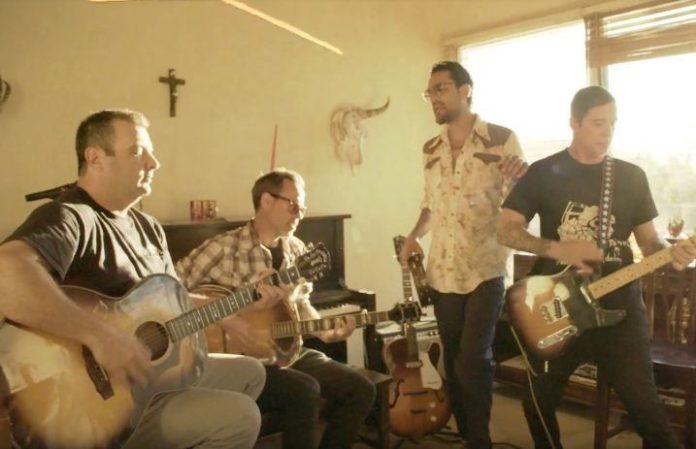 Strung Out are preparing to debut their acoustic EP Black Out The Sky, and ahead of its release, the band are debuting their sunshiney new music video for their track “Town Of Corazon.”

“'Town of Corazon’ is about the heart as if it were a place,” Jason Cruz says. “The corridors and the people and memories that live there. They say all things actually originate from the heart. It’s the first organ to develop in the womb and everything is built around it.

Watch the music video for “Town Of Corazon” below:

Black Out The Sky is set to be released May 11 via Fat Wreck Chords, and it’s currently available for preorder here.

The band will be headed out on tour with Pennywise this May, and you can check out the full list of tour dates below!