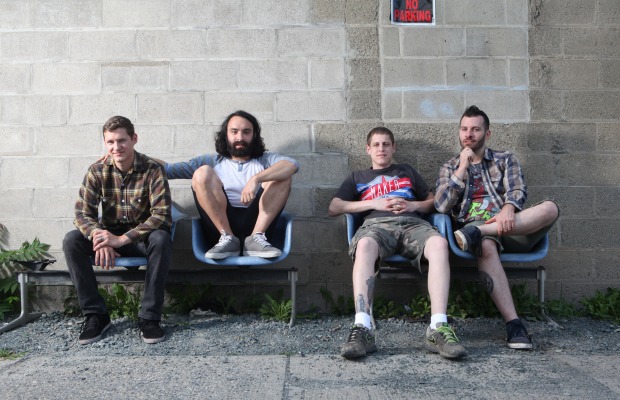 Melodic hardcore punks Such Gold will release their sophomore full-length, The New Sidewalk, on November 10 via Razor & Tie Records. The album will follow the band’s 2012 debut, Misadventures, and is now available for pre-order. It was produced by Bill Stevenson (Descendents, A Wilhelm Scream, Propagandhi). Today, the band are teaming up with AP to bring you the premiere of the album’s lead single, “Faced.” Stream it below, and let us know your thoughts.

Vocalist/guitarist Ben Kotin says, “We were really nervous going in; we didn’t know what to expect in the studio. On The New Sidewalk, we had a lot more time to really do what we want. The atmosphere was a little more relaxed. We got the chance to just hang out with Bill and company every day, shoot the shit about music, listen to his jokes and stories. It was a really comfortable setting.”

The band will be on tour this fall/winter with Four Year Strong and Transit. You can check out the dates below the song.