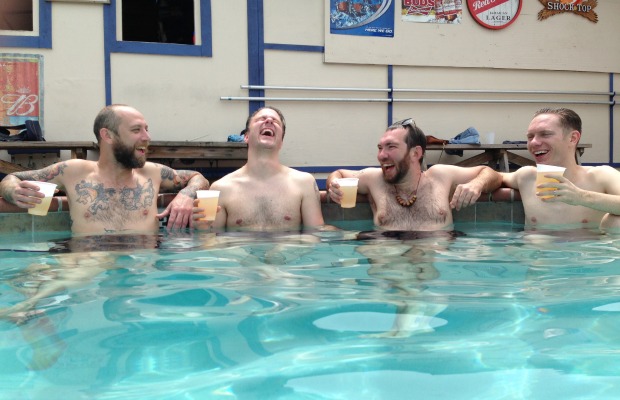 Gainesville, Florida has come to be more than a city in the punk scene. As the host of the Fest and environmental inspiration for many a band, it has become a vibe, an aesthetic and a sound of its own, and Sunshine State, whose tagline on Facebook  is “State or Die” (also the name of their debut demo), embody it.

A year after their coming together over beer and tacos following a Band Roulette tournament at drummer Warren Oakes' restaurant Boca Fiesta, the band are set to release a new album Pour September 23 on No Idea Records.

Get a quick taste of the album with our premiere of its seventh track, “Takeover.”

“'Takeover' is a song inspired by a group of welders, woodworkers, mechanics, artists and hooligans in Gainesville,” says vocalist/bassist Troy Pearlman. “This bunch of unsung heroes and the circus that is their lives inspired the song and the album as a whole.”