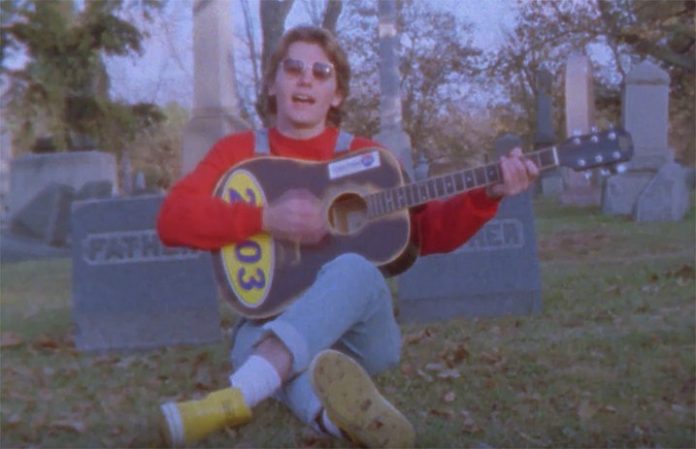 [Photo by: Take This To Heart Records/YouTube]

Buffalo, New York-based rockers Super American are back with their second new song of 2018, the feel-good track “Good Boy.”

“I wrote ‘Good Boy’ this time last year… A point in time when my bedroom was set up in my living room,” Matt Cox explains. “This period of time sounds bizarre, and it was. However, I felt strongly about my growth as a person that year.

“Pat and I recorded the track at GCR Audio with Jay Zubricky last spring. It was super fun because Pat and I played all the instruments and took a stab at challenging ourselves.”

Yesterday, the band debuted their new song “Samantha’s Song,” which you can listen to here. Maintaining the ‘80s and ‘90s influences that the band first gave us on 2017's Disposable, Super American's newest offerings feel like they could've been featured in a coming-of-age movie and upon listening, makes you feel like you’re taking on the starring role.

Listen to “Good Boy” now, and read a group chat Q&A with the band, talking everything from favorite 2017 releases to bowling, here.