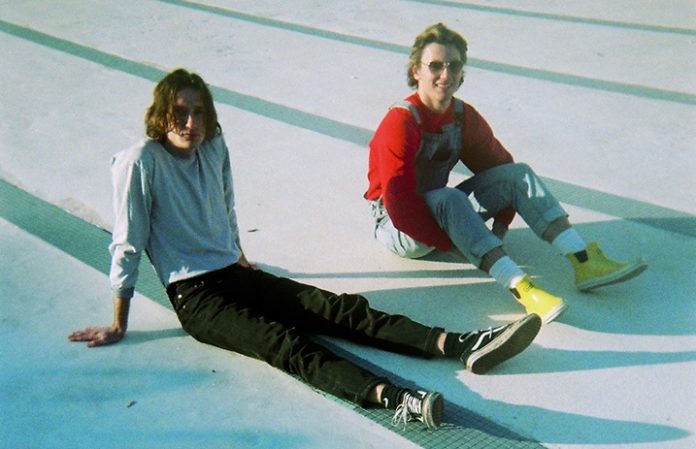 Buffalo, NY-based rockers Super American are kicking off 2018 the right way, with two new tracks—and two new music videos—that prove the retro-inspired act are back and better than ever.

Maintaining the ‘80s and ‘90s influences that the band first gave us on 2017's Disposable, Super American's newest offerings feel like they could've been featured in a coming-of-age movie and upon listening, makes you feel like you’re taking on the starring role.

Kicking off the duo's new songs is “Samantha’s Song,” a track written by Pat Feeley that sums up heartbreak in a four-minute “acoustic ditty.”

“I wrote ‘Samantha’s Song’ when I was hurting really badly. Long story short, I fell in love and it didn’t end happily,” Feeley says about the track. “I was withdrawing from the highest high I’d ever experienced as a human being.”

We tossed members Matt Cox and Pat Feeley into a group chat to talk more about their new songs. (Hint: There's plenty to look forward to for Super American in 2018!)

Listen to the passionate, emotionally-driven “Samantha’s Song” now, and come back tomorrow to hear the Super American's second new track.

Plus, read their group chat Q&A, talking everything from favorite 2017 releases to bowling, below: