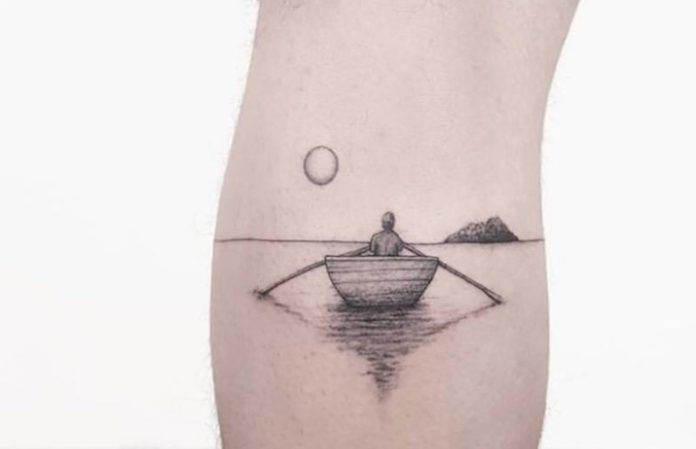 While 2017 was plagued by complex issues politically and socially, the tattoo industry was dominated by minimalism. This year’s ink trends favored delicate, simple tattoos, rather than bold canvases. Here are some of the most popular tattoo trends that ruled 2017.

The biggest tattoo trend this year was also the smallest. Tiny tattoos were everywhere in 2017, especially on body parts such as the wrist and the back of the neck. Tattoos this size are particularly favored by women, as they give off a soft and subtle aesthetic.

Minimalism isn’t necessarily all about being small. Simple pieces, like continuous line tattoos, are minimalist because of their technique. Most tattoos involve several lines; some, several hundred. But one of the most stylish ink trends this year was to see how much artwork could be done with just one single line.

Geometric tattoos increase in popularity every year. In 2017, however, the beloved modern style has taken a new turn. It’s no longer just about the shapes themselves, but how to use those geometric patterns in an illustrative way.

You may have noticed that the tattoo trends that ruled 2017 are more about lines than any shading or fill-in colors. Outline tattoos have become the fashion; whereas, in previous years, the outline was just something that provided the foundation for a more complex tattoo.

Script tattoos will never wane in popularity, but they are transforming—literally. One of the most creative ink trends of the year features fine-line script morphing into an illustration. In effect, two or more small tattoos are being compacted into one. Flowers have been the most trendy images to combine with text tattoos, but there really is no end to the possibilities.

I've been friends with and worked with @joshua_adair for YEARS and finally got tattooed by him. Thanks buddy, I love my ears!! #eartattoo #friendstattooingfriends #lineworktattoo #skinillustrationsnj

Back in 2016, behind-the-ear tattoos were all the rage. This year, ear tattoos are still in fashion, but in a different way. Instead of placing a tattoo coyly behind the ear, 2017 has seen people getting the inside and outside of the ear tattooed. On the artist’s side of the equation, this type of tattoo can be very tricky to pull off, but the end results are worth it.

For many people, seeing a work in progress can be just as appealing and fascinating as seeing the final product. This is why one of the more popular tattoo trends of 2017 was sketch tattooing. Again, this type of style is another means of playing with linework. There is less of a focus on perfection with sketch tattoos than with other styles, making for a more organic artistic experience.