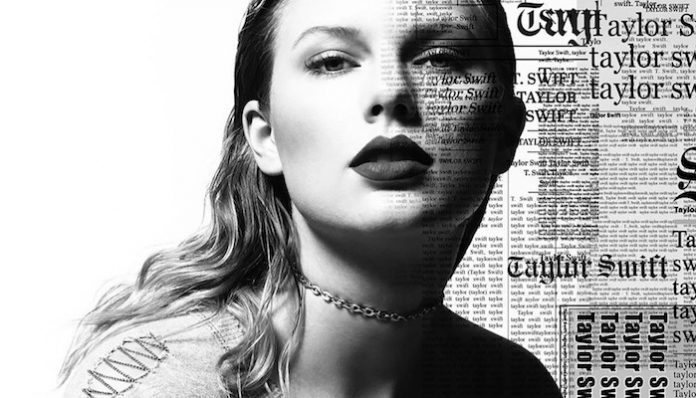 Taylor Swift took the internet by storm when she released a new single, “ME!” featuring Brendon Urie, but did you know this wasn’t the first time the pop sensation has taken a dive into the scene?

From Myspace blogs to hair dye endeavors, here’s 10 moments when Swift was actually emo to the core.

1. The Academy Is… are featured on a Myspace video

While on tour supporting her sophomore album, Swift captured her life through Myspace video blogs. In her 2008 Thanksgiving vlog, the video is accompanied by the track “About A Girl” by the Academy Is…

2. She wore a Boys Like Girls zip-up on MTV

Also in 2008, Swift and her best friend Abigail wore some Boys Like Girls merch on the MTV series Once Upon A Prom. Abigail sported a light-pink graphic tee, while Swift donned a purple-and-gold zip-up. Swift later co-wrote a Hannah Montana song with BLG frontman Martin Johnson. They reunited again on BLG’s sophomore LP, Love Drunk as Swift appears on single “Two Is Better Than One.”

3. She jams to Paramore just as hard as we do

Swift was seen jamming out to “Misery Business” at a Paramore concert in 2009. According to the video’s description, she was accompanied by her friend and backup singer Liz Huett. The show took place at the Ryman Auditorium in Nashville, Tennessee.

In the “Bad Blood” music video, Haley Williams makes an appearance, joining Team Taylor as “The Crimson Curse” and ready to kick ass. Also, when Swift surprised her friend at a birthday party, she was joined by Williams as well as Dashboard Confessional.

Read more: Pale Waves tease new demo sounds like it “could be a Taylor Swift song”

Swift once told Korn frontman Jonathan Davis that she was a big fan of the band. Apparently, Swift attended the season finale of MTV’s Total Request Live and asked Davis to sign her yearbook. “[The TRL finale] was like a big, old high school reunion,” he tells Billboard. “There was a ­yearbook we signed. Taylor Swift actually handed me my yearbook and said, ‘I’m a huge Korn fan!’”

6. She lip-synced to Jimmy Eat World

When Apple was rolling out their streaming service, they featured popular artists lip-syncing to their favorite tunes. Swift happened to pick Jimmy Eat World’s “The Middle,” and if you pause the advertisement on her playlist, you can also see My Chemical Romance’s “Welcome To The Black Parade” and Muse’s “Supermassive Black Hole.” Let’s not forget that she joined vocalist Jim Adkins onstage in 2011 to cover the track.

7. The Great Commission appeared in her music video

The band who were seen in Swift’s “I Knew You Were Trouble” music video were California metalheads the Great Commission. Frontman Justin Singh was originally supposed to play a part in the video. When that plan didn’t work out, the band were asked to perform instead.

Avril Lavigne joined Swift onstage in 2015, and it was amazing. Needless to say, Swift was having the time of her life as she headbanged and danced as they both sang one of Lavigne’s most well-known tunes, “Complicated.”

Swift finally embraced her emo side with the release of Reputation. Our guess is that she channeled her inner punk persona and let it flow. Before the full-length was released, some were speculating it was going to be hardcore.

10. She may have used Good Dye Young

Bout to walk out on the @iheartradio carpet, thought I’d show you first 🥰

Fans were speculating that Swift was wearing Good Dye Young hair color at the 2019 iHeartRadio Music Awards. The company quoted a fan’s question, who was asking if Swift was using their product, but said they can’t “confirm nor deny” it.

Read more: “Who is Brendon Urie?” and 17 other Taylor Swift collab reactions

11. She collabed with Brendon Urie

Last but definitely not least is the very pastel collaboration with Panic! At The Disco’s frontman on her latest single, “ME!” Though the track had a wide array of reactions, the song still broke a record and was even performed by the duo at the BBMAs. Not to mention, Urie also called Swift one of the “greatest artists of our day.”