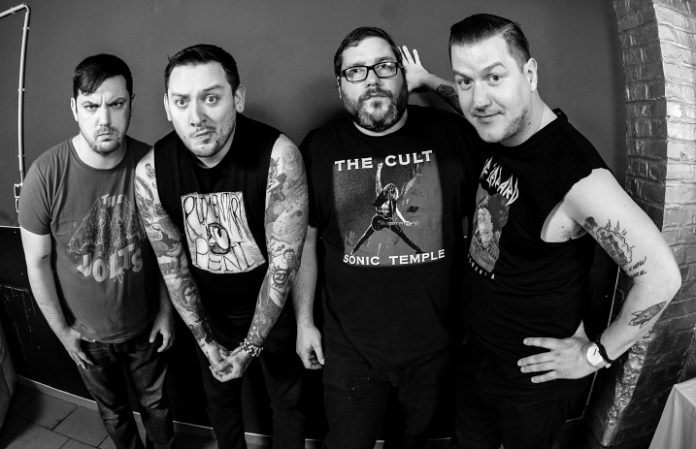 Teenage Bottlerocket is back and excited to release their unique album—Stealing the Covers— on July 14th via Fat Wreck Chords. It doesn't only steal album covers, it also pays tribute to other bands with cover songs. Sitting on the project for almost a decade, the band always thought giving these smaller bands the attention they deserve was something they wanted to do.

This particular song, entitled “RoboCop Is A Halfbreed Sellout” is dedicated to a band called Sprocket Nova from Bottlerocket's hometown of Laramie, Wyoming. Check out the song below!

“Their gimmick was they were all pissed off robots with names like Sony Danza, and they wore the shittiest robot costumes you've ever seen. It was basically grey sweat suits with sunglasses and cardboard hats, it was awesome!” explains Miguel Chen, the bassist/backing vocalist. “They were one of the first bands we decided to record for Stealing the Covers and this song was the obvious choice. It's about how Robo Cop is an asshole and a threat to the robot way of life. We hope you like it!”

The band is currently touring overseas; check out the dates:

Recognize any old records from the Stealing the Covers cover? Chime in in the comments.