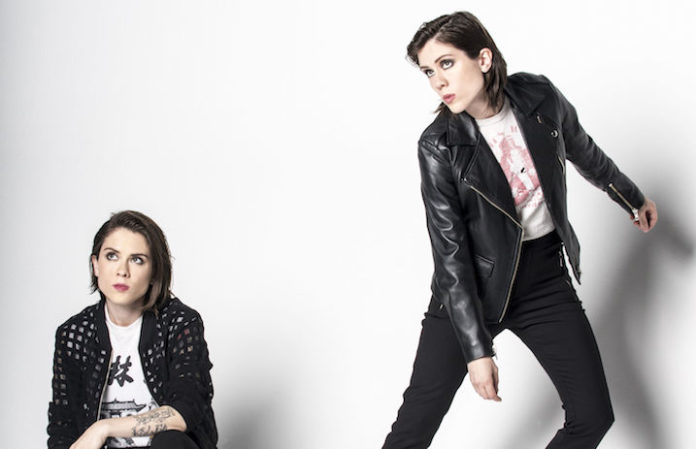 In 2013, Tegan And Sara performed their hit “Closer” with Taylor Swift on her 1989 tour. The following year, they were on the soundtrack of The Lego Movie, which led to a performance on the 2015 Academy Awards.

Taking all that into account, it’s pretty safe to call them pop stars.

To deserve the title, the Quin sisters had to start somewhere. So, after almost 10 years as an indie-pop band, they released The Con in July 2007. Co-produced by Death Cab For Cutie’s Chris Walla, Tegan And Sara’s fifth studio album was their first to chart on Billboard, taking them one step closer toward becoming a mainstream act. Ten years later, it’s one of the most important records in their discography. Needless to say, it’s also a fan favorite.

What happens when you put together an artist’s classic album turning 10 and a scene (rightfully) obsessed with anniversary tours? Celebration, of course. Tegan And Sara were aware of this demand, so they began to plan early. A tour was the first step, playing stripped down and reimagined versions of the original songs for almost a full month.

But just performing the entire album on tour wasn’t enough; they wanted the public to remember and relive it. After listening to an album for a decade, it’s time to give fans the chance to add new meanings to it—and perhaps the sisters would be able to add new meanings to the songs themselves. So how could they make these old tracks new again? “We thought it would be unexpected to have artists cover the songs instead of releasing our demos or having the original songs remixed,” explains Sara.

Thus was born The Con X: Covers, out on October 20. Each of the 14 tracks on the album was covered by a different artist, ranging from PVRIS and City And Colour to Cindy Lauper and scene queen Hayley Williams. “We absolutely love Hayley. We both have tremendous respect for her as an artist but also as a person. She's truly as wonderful and kind as you expect her to be. We toured together in 2009, and she was extremely generous and supportive and down to Earth,” Sara says of the Paramore frontwoman’s contribution. “It was an honor to have her cover ‘Nineteen.’ For me, the spareness of the arrangement makes her voice all the more crushing.”

Tegan And Sara created no guidelines. Artists could record in their own bedrooms, for all the twins cared, as long as they made it their own. “The goal wasn't to get versions that sounded exactly like the originals, and we spent a great deal of time curating artists with individual songs to avoid that from happening,” says Sara. The effort was worth it, and they fell in love with the result: “It was fascinating to hear how people approached the project so differently from one another.”

All artists who covered the songs were handpicked by the Canadian duo, who had a goal to make the album as diverse as possible. “It’s incredibly important for us to amplify the voices of LGBTQIA artists, but allies are important, too!” Sara defends. “Especially as a band that has often been described as a ‘gay band’ or a band for ‘gay people,’ we wanted to showcase how diverse I believe our audience truly is by reflecting that in the track listing.” To complete the package, the proceeds from the album will be donated to the recently launched Tegan And Sara Foundation, which raises money for self-identified women and girls in the LGBTQ community.

“It’s incredibly important for us to amplify the voices of LGBTQIA artists, but allies are important, too!”

Building a more inclusive industry is not a new cause for the band, who try their best to support women in music, from working with female artists and directors to hiring crew members, especially in technical fields such as engineering and producing, where they feel women are outnumbered. “We, as an industry, need to be committed to rooting out misogyny, sexism, homophobia and racism on a systemic and institutional level,” Sara calls out. “It’s a massive, systemic issue that is not specific to the music business, but we have 20 years of seeing it change at glacial speed, and we would like to participate in speeding that change up!

“I truly think our industry reflects the best and worst of what we find in society as a whole,” she adds. “We often lift up and celebrate the trailblazers and outspoken leaders in our business while also supporting and financially betting on things that have negative social impact and bend our boundaries of what is right and wrong. Being outspokenly homophobic should be a career-ender, and yet it’s not.”

Almost 20 years of being in the spotlight surely taught Tegan And Sara a lot about what it’s like being women—especially queer women—in the music industry. The Quins  know it’s not easy. The twins might have leverage to call out discriminatory or homophobic issues today, but Sara feels like she and her sister were not always treated as equals.

“Being outspokenly homophobic should be a career-ender, and yet it’s not.”

The Con was an important part of this shift. During that period, their career started to feel like a business, which both excited and terrified them. “There was so much to come to terms with, both professionally and personally, and that was deeply overwhelming,” she reveals. The album’s success helped the duo realize they weren’t ‘the girls,’ they were the bosses and the last word should always be theirs. “It took a long time to feel like my anger or expectations didn't need to be followed by an apology,” Sara says, adding that  she’s “still working on it.”

Empowerment isn’t all The Con was about, though. Both sisters were dealing with difficult situations on a personal level during that time period. When Sara looks back, she says they grappled with balancing work and personal lives. “I think we nearly capsized during that album cycle. It’s painful to think of just how much we were both suffering.” Now that they’ve found a way do better deal with anxiety and left those hard times 10 years behind them, Tegan And Sara can revisit the album with brand new eyes—or brand new arrangements—and play them on tour as a homage to their past and to the people who supported them through this journey.

“I feel deeply grateful that what was a profoundly difficult album for us became such a source of comfort for our fans,” reflects Sara. “Their love for the album allowed me to love it eventually, too.” 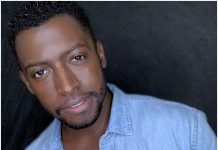