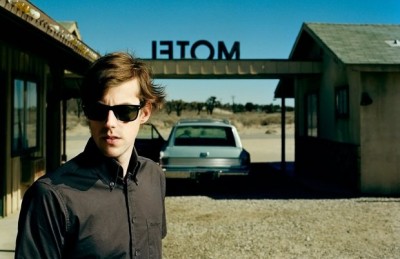 Warped Tour began last week, signaling the official start of summer. For most of you, this season means time away from classes, homework and (gag) required reading. However, AP once suffered through summer school, so we know that for some of you, the learning hasn’t ended with the final bell. But learning doesn’t have to be a chore. In fact, it’s why we made this list of ten summer-jam albums—so you have at least one lesson you won’t mind putting effort into before the fall. Read on to find out what made the cut—and keep in mind that each of these albums are best played at top volume with your car windows rolled all the way down.

Jack’s Mannequin
Everything In Transit (Maverick)
Despite the heart-wrenching personal drama Andrew McMahon endured following the release of his first album under the Jack’s Mannequin moniker, Everything In Transit is awash in sunny Southern California charm. From the opening strains of “Holiday From Real” (complete with seagull sound effects) to the closing crescendo of “Into The Airwaves,” McMahon paints the disc with broad beach-town brushstrokes, creating a disc that lasts long after a summer day sets.

Blink-182
Enema Of The State
Even though Dude Ranch brought Blink-182 their first mainstream attention, 1999’s Enema Of The Stateis what launched the trio to a whole new level. Big, brash and boisterous, Enema is home to some of the biggest band’s hits, and Mark Hoppus and Tom DeLonge’s rebellious lyricism spoke to suburban kids around the world. It’s also the album that netted them their first summer amphitheater tour, a tradition that’s stuck for more than a decade.

The Beach Boys
Pet Sounds
The godfathers of summer tunes, the Beach Boys struck solid gold with their 11th album. A giant leap forward from the band’s patented surf-rock sound, Pet Sounds incorporated elements of psychedelic and baroque pop to create one of the most legendary and emulated sets ever. If you’ve never been exposed to the charm and legacy of this ’60s classic, it’s time to raid your parents’ record cabinets for a long-overdue history lesson.

Death Cab For Cutie
Transatlanticism
Its opening track might reference January 1, but Death Cab For Cutie’s last independent full-length is tailor-made for steamy summer evenings. Long after the pop-punk playlist has ended, few things in life beat a long, aimless night drive or late-night star-gazing session accompanied by songs like “Passenger Seat,” “Title And Registration” and the title track.

Saves The Day
Stay What You Are
On 2001’s Stay What You Are New Jersey scene mainstays Saves The Day traded their buzzsaw riffs and buoyant pop-punk snarl for a more streamlined sound, favoring emo and indie-rock tendencies. The result is arguably their best record to date, juxtaposing bright, stomping arrangements (“Cars And Calories,” “Certain Tragedy”) with Chris Conley’s macabre wordplay (“As Your Ghost Takes Flight,” “At Your Funeral”), thus making it a go-to disc day or night.