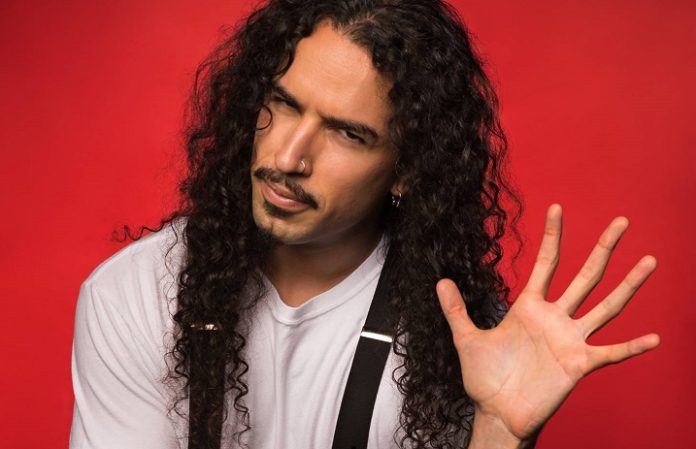 With so many social media platforms at our fingertips, all it takes is a genius idea and good timing to gain fame, popularity and success seemingly overnight (read: go viral). Take Ten Second Songs, for example, the novel idea of taking a popular song and singing it in 20 different vocal styles to showcase a portfolio of talent on Youtube. And the man behind the uber-successful channel? Anthony Vincent.

Read more: “Despacito” sounds even better in the styles of Tool, Iron Maiden—watch

It all started with jingle-writing for a site called fiverr.com, an online platform where one makes at least $5 per project. “My only intention was to promote my budding online business,” he says, “but then it turned into a whole other thing. Within a week that I created the channel, I had gotten five million views and a 100,000 subscribers, so it was really just a big explosion all at once.

“At that time I wasn’t really aware of the range of what I can do,” he admits.

Fast forward almost four years and two-and-a-half million subscribers later, Vincent continues to be the YouTube sensation he is today. But how does he handle the YouTube celebrity status? Does he have advice for others? And can this success be used as a catalyst for your own musical endeavours? “I just went into artist mode right then and there and embraced it as a new venture in entertainment—and hopefully something I can do as a career,” says Vincent. AP sought to acquire an understanding and a peek into the fast-paced lifestyle of an internet celebrity—and Vincent let us in.

Vincent was quick to learn about the necessary precautions that coincide with being a Youtube celebrity. “If you’re not careful, it swallows your identity. It definitely changes everything,” he says. Although the Internet doesn’t break every time Vincent drops a new video, it still makes a significant impact that cannot be reversed. “I am what I am right now because of that day I went super-viral. I realized there was no going back about eight months into the creation of the channel.” Attaining one million subscribers is a huge milestone for every Youtube handle, and it usually takes much longer than a few months to reach it. It gave Vincent an opportunity to be his own boss. And as his own boss, he understands his role in the Youtube community:

“If you’re not careful, it swallows your identity. It definitely changes everything.”

“Are you empowering people? Are you all for self-empowerment of the people who are watching you? Are you encouraging people, forwarding them in a direction to take control of their own creative endeavours and turning it into a business? Are you encouraging others to use the tools we have at our fingertips and use it in a creative way to make your own breaks?” he asks. “If you are, then there’s nothing negative about that at all. But if you’re just being a shallow personality on the Internet that’s caught up in their own shit, if I see something like that, I just decide not to give them my attention.” However, Vincent says it’s quite the transition to properly get into that mindset of a Youtube influencer. “You definitely figure it out as you go along,” he says. “It was baptism by fire, really.” This was especially true in Vincent’s case because he did not experience that slow build Youtube celebrities oftentimes deal with. He didn’t put out a video, acquire a thousand or so subscribers and then just focus on that small audience, tailoring a second video to that particular crowd. There simply was no right way to prepare for going viral on the Internet, especially when it is that quick.

“I’ll tell you one thing,” he says, “a viral explosion, if you’ve experienced it, is much like a drug. To me it’s similar to anything that can cause a release of dopamine in your brain. There’s really no difference. If you’re not careful, you will start chasing after that explosion over and over again just to get your fix, because it’s a very intense feeling, all this attention. We’re artists and artists have a tendency to chase after attention. You wanna be a rock star because you want attention, so it’s easy to get lost in that shallow trap.”

We’ve seen plenty of stories about Youtube stars quitting because the pressure of being an online influencer can take a toll on their mental health. That’s when the Youtube community becomes a platform for bad vibes—but not for Vincent. He keeps his chin up because “most of the negative comments are in the guise of a random username. These people would never say it to your face. If you saw the person who is saying horrible things, you feel much better about yourself.” Through the course of time, you will learn to see criticism differently. Any negative comments you may see on the Internet about yourself will eventually lose its power. It’s very important to not get wrapped up in it.”

“I’ll tell you one thing, a viral explosion, if you’ve experienced it, is much like a drug.”

As far as considering quitting, though, it never got to that point with Vincent.

“If this is your dream, if as a child you’re looking to have a life in music or whatever, then this comes with the territory,” he says. “No matter if you’re on the Internet or wherever, you’re always going to have people who are going to throw rocks at you because that’s just how it is. That will be the test. You have to just persevere.”

At this point, Vincent receives thousands of comments on each of his videos, comments he clearly sees and addresses.  “When I release a video, I’ll dedicate at least that day, especially that first hour, to responding to as many comments as I can,” he says. “I’ll never release something and then go do something else. If people say something to me, I gotta say something back. It’s common courtesy.”

It’s been about four years since Vincent’s big explosion, so it makes sense to draw parallels between Youtube then and Youtube now. “The platform is always changing,” he says. “When I went viral, this was several months or a year before Facebook Video officially became a thing. Social media is constantly moving at a rapid pace. Even [with] the Youtube platform in general, the algorithms change, what they say they’re changing, what kind of content they promote this year as opposed to last year; it always changes. You have to be aware of it. Sometimes you have to make adjustments to your own content or the frequency of your own content to keep up.”

As if being the founder of “Ten Second Songs” wasn’t enough, Anthony Vincent has another project under his belt. His band Set The Charge just released a music video for their first single “Everything But Me,” a song that was actually written nearly a decade ago.

“The funny thing about the lyrics [of "Everything But Me”]  is that this is a reimagining of a song I wrote back when I was 20. I just turned 30 this past week,” Vincent says. When discussing the album with his bandmates, he felt that the lyrics resonated with him more now than they did 10 years ago.

While his two careers are naturally separate and not much has to be done to differentiate them, they are very much mutually influential. Ten Second Songs is more of a “free-for-all, goofy, wacky take on things,” while Set The Charge is a little more personal and serious. The two positions will continue to ride side-by-side together on Vincent’s voyage through the music industry.

“Ten Second Songs played a very big role in developing the Set The Charge sound and even this album,” he says. “This album wouldn’t have come out the way it came out if I did this three years ago, had I not experimented and learned through all the work that I’ve done with Ten Second Songs. I ask people for style suggestions and people are suggesting artists that I had never heard of or artists that I had never listened to, and I do it because I take it as a challenge.”

Set The Charge’s debut Sky Goes On is available now on Spotify, iTunes and Bandcamp. While there is no tour in the horizon currently, you can follow the band’s website or Facebook and Twitter for updates.