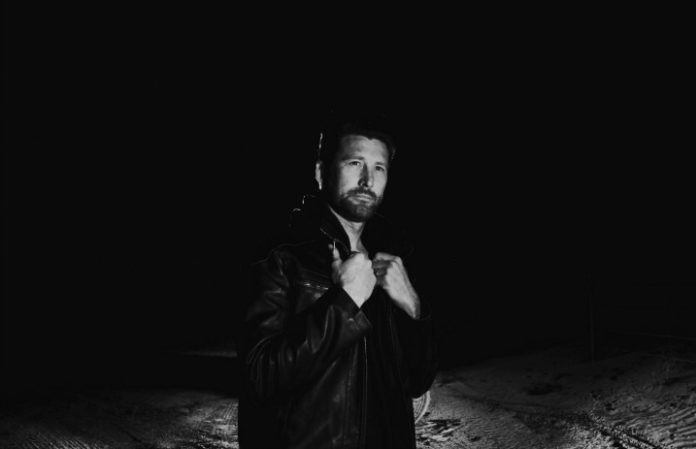 This is the second half of AltPress’ Q&A with Stephen Christian, the former frontman of Anberlin who currently releases music as Anchor & Braille. We spent the latter half of our conversation reflecting on the band's strenuous final tour, the legacy of their last album and issues facing what Christian calls “the next generation of myself.”

Check out part one for our talk on Anchor & Braille's latest album, Songs For The Late Night Drive Home, out now on Tooth & Nail Records.

Were you completely exhausted by the end of Anberlin's final tour?

Oh, man. Yeah, I was gone. I don't think I could have literally done that for another year without—if I had to repeat that year again, 2014, subsequently right after that—I think I would have had a mental breakdown. It was rough, man. There was no anger, we weren't mad at each other, there was no negativity. Nobody was fighting. We got off two-and-a-half months of the summer festivals, got in Denver, got onto a plane and went to Brazil, went to Australia, then straight to Europe. Just months on end. I'm positive people are like, “Whatever! That's the rock star life.” I totally understand that. The problem is that it's exhausting. It really is. It's not just like an energy sap, it's emotionally draining, too. I mean, I had a family at the time. I don't get to see them. So after a while, you don't know what time zone you're on, there's days that you're just so out of it that it feels like you're on drugs. It feels like you're just so spaced out, you're just constantly coming down from some high.

So yeah, it was tough, but rewarding. Every night we walked onstage, we left it all there. That was the most incredible part. I don't regret any of the shows, it was the 22 other hours during the rest of the day that were brutal. I can safely say without a doubt there wasn't a show where we were half-assing it. I didn't look around and think, “Oh dude, you're not pulling your weight or giving it your all.” Everybody was sweating, everybody was exhausted, everybody was basically going to the bus laying there for an hour trying to recoup every night. We never just tried to get by or fake it. It was all 100 percent there, because we knew we owed it to the fans and not only that, we knew in the back of our heads we would never, ever do that again. We would never tour together again. We had to.

How do you look back on Lowborn as an end note? Were you championing those influences for the band?

I look back at Lowborn, you know… I know that Vital was a better record. In some ways, if we could have left off on that, it might have been great. So that's just what I wanted to do. But, if I was a fan, I would be so bummed. I would just be like 'You can't tour on a record for two years and tell me you're breaking up, and then that's it.' I would always want to know what is one more Anberlin record, what would that have sounded like. Even though I really like some songs on there, I know that Vital's a better record. But, as from a fan perspective, one more had to come out. One final album, one final year. I think that was the right decision to make. Even in hindsight, I still would have voted to do Lowborn.

Your second question: yeah, absolutely. I think we all enjoyed the '80s and new wave and digital sounds, but I think I was one of the loudest proponents for it. Obviously, if you play guitar or bass, you probably are not as stoked to have your whole album sound electronic. [Laughs.] It kind of alleviates your job. It's not like they were voting no, Joey [Milligan, guitarist] loves the '80s. I think a great amalgamation of our concept was “Stranger Ways.” I just back that song because it's still got that dreamy guitar from the '80s with an electronica of the Shins—yeah, just an electronic beat.

What's your consumption process like for your own albums?

For the first three records, I was my biggest critic. I would go over every measure and every bar. Then I became obsessed with reading reviews. I was like 'Well, what are they saying, how can I improve?' I became so obsessed with negativity, like I can tell you negative reviews from Never Take Friendship Personal. I can quote things that people said about Blueprints For The Black Market. Because it just gets in your psyche. Even though a hundred people can say “Wow, good job,” it's that one person that says something negative about you or your craft or your art—why does that stick with you? It's just human nature.

Do you ever think about how your past has pushed your future forward?

Absolutely. I mean, I thank God and heaven for Anberlin. It absolutely put me in the position to live and work here. I got my MBA from a university because I traded an Anberlin show for it. I said “Hey, if you give me a full ride scholarship, we'll play your college.” They said “Come play.” So we did a free show for them and they gave me a huge scholarship so I could get my masters degree. Every component, whether it's my career—and I can probably say that for the majority of the band. If it wasn't for our band, I don't think King State would have the notoriety as a coffee shop, Joey as a producer or Deon [Rexroat, bassist] working at Merchline. I think all our pasts definitely propel our future. For me, it's absolutely imperative that I had gone through Anberlin for reaching where I'm at now.

At the end of the band you started getting more outspoken. You did those videos for Real Feels on the streaming industry and cellphones at shows. Was there something clicking in your head like 'Screw it, I'm just going to say what's on my mind?'

Yeah, in a lot of ways, I felt liberated because I felt so bad for the next generation of myself. I look at starting a band now and I wouldn't curse it on anybody. It's brutal out there. Now, as a band member, you have to have multiple streams of income. You cannot rely on a band. You would be shocked at the people and the position they're in—bands that are in your magazine monthly—and they have second jobs.

Dude, I long, I hope that people begin to respect music again. I honestly could care less if anybody is buying Anberlin records, because I'm not providing for my family anymore on this. I feel like a broken record, but if you like a band, go support them. Go buy their T-shirt. Don't say you're screwing over the major label or any label by listening to it on Spotify. You're not hurting anybody but that band. There is not one record executive that lost sleep last night because you downloaded their record illegally. Not one!

But that band, who's literally still living with their parents, they're the ones who are losing sleep. Your favorite band was up until 3 a.m. last night wondering how they're going to pay rent next month. Your money is a vote. I don't care if that's what car you buy, what groceries you buy, every dollar you spend is a vote and people are watching that. When you're voting for your favorite band, you're saying “I want you to make another record, a better record with a better producer, and I want you to afford to live.”

Do you ever look in the bathroom mirror and remind yourself you've sold over a million records?

Oh, man. I don't. I think the bigger you are—I just was telling my wife this morning, it's so funny—the bigger that your band gets, the more you understand that you are just a peon. I remember when I stayed the night at Adam Lazzara's house. I'm just walking around and he doesn't have enough wall space for his gold records. You know what I'm saying? I've got one. That dude is cramming them in there.

I'm not exaggerating—you think I'm joking. That dude has them in his closet because he hasn't hung them up yet. I love Adam. He's an incredible dude. I'm saying that no matter how big you get, somebody else is bigger. Adam's going to look at some other band, and they're going to have even more. It's almost a reverse. The bands that have done it, been around forever and have kind of an elongated career, they're sometimes the most humble. They know in the back of their heads that you have no idea. This industry is huge. These people are selling a million records their first week. So for me, it's awesome, it's something that I'm going to brag to my grandkids about. But it's definitely something where I don't look in the mirror and go “You. Are. Awesome!”