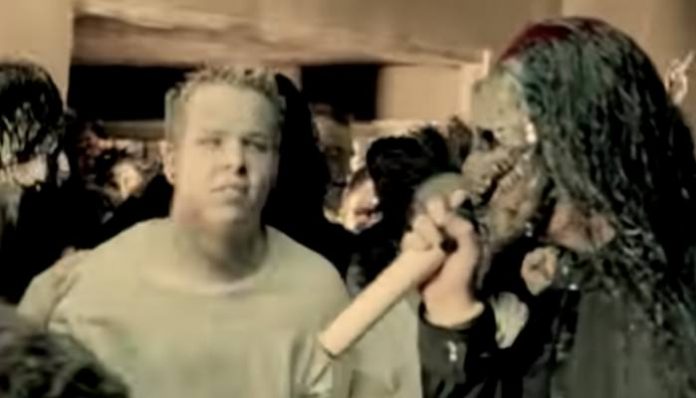 Chances are if you grew up in the scene in the early 2000s, your parents put up with a lot. From blasting punk music until 2 a.m. to wearing waaaay too much eyeliner to school, your parents “just didn’t understand!!!” Here are 10 bands we bet they couldn’t stand—which only made you love the music even more.

How could we forget the running mascara that Benji Madden used to wear? What better way to show your devotion to Good Charlotte than by replicating that very look? We’re sure your parents were delighted to hang out in public with you.

Oh what wondrous imagery the words Chocolate Starfish And The Hot Dog Flavored Water gave us once we learned the meaning. No wonder adults looked so horrified. But there’s no denying Fred Durst got people talking wherever he or his music with Limp Bizkit went.

Read more: Top 10 essential tracks from the 2000s to know before your first Emo Night

blink-182 gave kids everywhere the opportunity to hear—and see, at live shows—adult humor. As a result, kids were willing to imitate and adopt similar personalities. Not exactly a parent’s dream. Don’t believe us? Give “Family Reunion” a spin at your next…well, family reunion, and let us know how that goes.

Buddy Nielsen has always been phenomenal at expressing his deep-rooted, unfiltered emotions in his lyrics. You might have felt at one with Nielsen when you screamed Senses Fail’s “Fuck with my heart/I’ll teach you what it’s like.” Your parents probably had other feelings about it.

Read more: Top 15 ways we discovered music in the 2000s before Spotify existed

My Chemical Romance were so impactful, they drew a cult following. Fans were so devoted that replicating their emo hairstyles and eye makeup came in giant waves. If you were an MCR fan, your parents definitely spent some time waiting for you to perfect your eyeliner and hair swoop before leaving the house—the fact that you were blasting “I’m Not Okay” at full volume only added to the aesthetic.

Green Day were inciting teenage rebellion long before the 2000s, but the release of American Idiot gave birth to a whole new generation of teenage angst. Mix a closet full of black clothing with loud punk rock music about the government and you have the birth of a full-on Green Day subculture in the early 2000s.

Whether you consider it “art” or “nonsense,” you have to admit System Of A Down don’t hold anything back. Aside from having an album title encouraging theft (Steal This Album!) and songs about drugs and sex, there’s a pretty good chance SOAD actually taught you something about politics and world history.

Sum 41 are the gods of youth rebelliousness—and they got paid handsomely to do that very thing. Just watch the video for “Fat Lip.” We imagine your parents weren’t thrilled about the lyric, “The doctor said my mom should’ve had an abortion.”

We all know how much people like to exaggerate and label any heavy music with screaming “satanic.” Add the element of Slipknot wearing horror-inspired masks and that perception is magnified tenfold. Then again, what is Mom supposed to think when you’re singing about how pushing your fingers through your eyes is the only way to stop the ache?

Parents literally considered Marilyn Manson the antichrist. To this day he’s still bringing dark, disturbing visuals to the world of music, showing he can truly push boundaries and continue to do what he wants at this point.