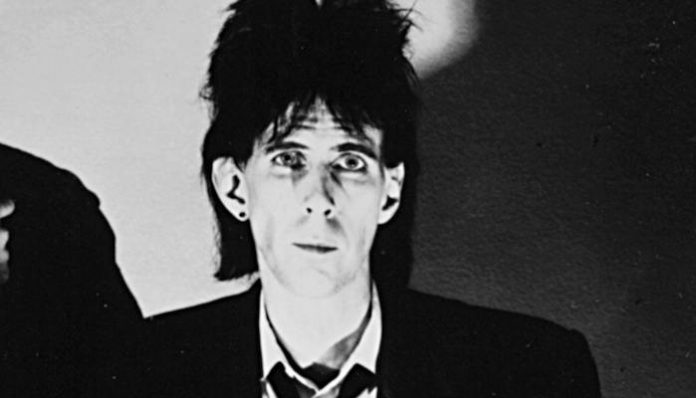 In his roles as vocalist/guitarist/chief songwriter of iconic American new-wave group the Cars, Ric Ocasek brought pop hooks, futuristic sheen and firepower to an American rock scene whose entire goal seemed to be based on celebrating the mediocre. Ocasek passed away yesterday in his Manhattan home at the age of 75, leaving seven albums with the Cars, as well as an equal number of solo releases.

Ocasek and the rest of the Cars matter in the great scheme of things for many reasons, all of them valid to this day. In the whole continuum of punk, new wave and alt-rock—all the way down to the last 20 years of sceney-babies you’ve come to love via history—the Cars are hardly the stuff of nostalgia. Pay attention and keep your Spotify open.

Read more: Weezer release cover of the Cars track “You Might Think.”

The Cars’ self-titled debut album was released in the summer of 1978. The first single off the rec, “Just What I Needed,” has that classic line—“I don’t mind you coming here/And wasting all my time.” Co-founder Benjamin Orr sang it, and he sounds like he’s bored with the entire world. It’s a classic I-guess-we’re-in-love-might-delete-later song. More so than anybody on radio at the time, Ocasek and the Cars completely defined cosmopolitan cool: bored on the outside but always stoked to be creative inwardly in the studio. Unlike stand-up comics and multi-band pop-punk bills, Ocasek never asked an audience how they were feeling at any particular gig. He didn’t have to: Those sunglasses were cool AF.

Now when a couple of million people bought that album, there was some catchy pop songs powered by Ocasek and lead guitarist Elliot Easton. But there were plenty of other eccentricities in the mix, from drummer David Robinson’s Syndrum accents, Greg Hawkes’ cool use of synthesizers and more than a few weird references (what exactly is a “Weisenheimer brainstorm,” anyway?). Ocasek and bassist Orr would trade off vocal duties. When put in radio rotation alongside tracks by Journey, Boston, Styx and Lynyrd Skynyrd, Ocasek and crew sounded like they waved goodbye to their families and snuck out the back door of the heaviest-guarded hangar in Area 51.

Fast forward: The Cars would be ’80s darlings of radio and MTV, with gold and platinum records and all the trappings that come along with that success. (Ocasek—the only human being this writer has ever seen that most resembled a praying mantis—married a supermodel.) If you were into punk, hardcore or fond of some of the wilder new-wave sounds emanating from the U.K., the Cars were considered lame pop stars. Much like the Police back then, in the first printing of the punk-rock rulebook, they weren’t cool to like.

Truth is, the worst Cars song is still better than a mindset of ignorance. The legend goes that when they were asked to “host” an episode of the late-night rock-pop show The Midnight Special, Ocasek wanted to have Suicide, the highly abrasive proto-electronic duo of Alan Vega and Martin Rev, involved in the show. The producers replied with an emphatic no. Ocasek’s response was to pull the Cars out of the show entirely, a move that would make executives and managers chew Ativan like Tic-Tacs. (Suicide did appear on the show, and that’s when this aspiring grampire starting looking for their records). Suicide weren’t going to make Ocasek more money or celebrity. Which was the entire fucking point.

His aesthetics and judgments carried into the ’90s when he was enlisted to produce a record many of you know and love: the Blue Album, aka the debut album from Weezer. Forget songs about sweaters: Those sliding synth-notes on “Buddy Holly” were an aural T-shirt Ocasek unpacked for Rivers Cuomo. He would go on to oversee two more Weez recs (the Green Album and Everything Will Be Alright In The End), two tracks from superstar new-wave nerds No Doubt’s 2001 LP, Rock Steady and Guided By Voices’ Do The Collapse. He also co-produced some songs for Motion City Soundtrack’s Even If It Kills Me (MCS’ entire equation of guitars, Moogs and neurosis almost makes them his sonic great-grandchildren) and helped deliver Bad Religion’s 1996 communique The Gray Race.

In a world where writers/bloggers/critics have a propensity to figuratively kill their idols, you’ll see no such psychic weaponry here. Straight up: Ocasek and the Cars were the best gateway drug a white-trash kid from Western Pennsylvania could ever want. While the hit singles will always be a constant generator for several generations of warm and fuzzy nostalgia, the deep dives that band made with him at the helm opened up many possibilities to impressionable listeners and the bands they would start later in their lives. Now turn up this jam and see how it makes you feel.