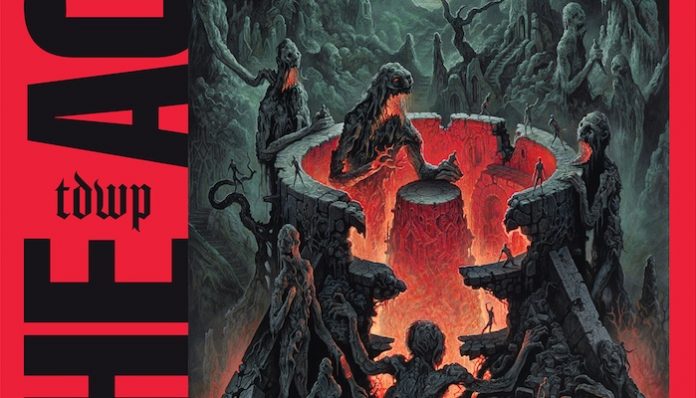 After announcing The Act, the Devil Wears Prada said the new album would be pushing the boundaries of their sound, and they’ve done exactly that. Although a sharp directional shift can often be detrimental to a band at this point in their career, the Devil Wears Prada didn’t want to make a safe record, and the experimentation has breathed new life into the quartet.

Oftentimes, when a metal band says they’re going in a new direction, it implies going in a radically clean direction, and while that is true with The Act, that doesn’t mean they aren’t heavy anymore. Right off the bat, opening track “Switchblade” hits as hard as anything else they’ve done, but vocalist Mike Hranica goes for more of a sing-scream style than the harsh shrieks and gutturals he pulled off before. “The Thread” is the most overtly intense song, with deep guttural vocals and riffs similar to tracks from Zombie or Dead Throne, while “Spiderhead” sports a similarly old-school Prada vibe.

They aren’t entirely ditching the feel of their old material but rather giving it an update. The songs mentioned bring back familiar sounds, but even they have a slightly altered tone and structure pushing in this new rock-oriented direction. “Lines Of Your Hands” and “Chemical” feel like a metal band writing alt-rock tunes, similarly to how Bring Me The Horizon slowly shifted away from metalcore starting with Sempiternal.

Their use of metal is much more thought out and sparingly used, which you can see in how “Numb” stirs up herculean riffs despite beginning with melancholic piano chords and clean vocals. The song is kicked into overdrive as the guitars arrive with a startling drop-tuned breakdown that eventually cuts in and out of soaring melodies to make for a diverse track.

If you go into The Act expecting a standard record from the Devil Wears Prada, though, you’re going to be disappointed. There’s a lot of clean material compared to their already melodic sound, and their use of minimalism is pushed to the max here. Instead of having every instrument dialed up to its limit, they use open space to create bigger moments on each song. Guitars often take a back seat to isolated drums or vocal lines until an explosive instance reveals itself on tracks such as “Wave Of Youth” or “Please Say No.”

The Devil Wears Prada are no strangers to electronic sounds in their music, but they come through in a different way this time around. The staticky tones on “Isn’t It Strange?” would be more appropriate for a modern pop artist or alt-rock band to use, yet it’s interesting to see how a metal band goes about creating a song without overt heft. “Diamond Lost” carries this sentiment further with an atmospheric electro-rock feel that ends in more comfortable territory for the band as they reintroduce heavier instrumentals.

The Act opens up a new era for the Devil Wears Prada, reinvigorating their sound without dropping everything that came before it in their career. The record brings in new elements for the band without having a jarring change that distances them from the fans who have been around since their early days. They had no problem flipping from synth-heavy screamo to focused and polished metalcore early on, and this album shows they can evolve yet again.

The Act dropped Oct. 11 via Solid State Records, and you can check it out here.