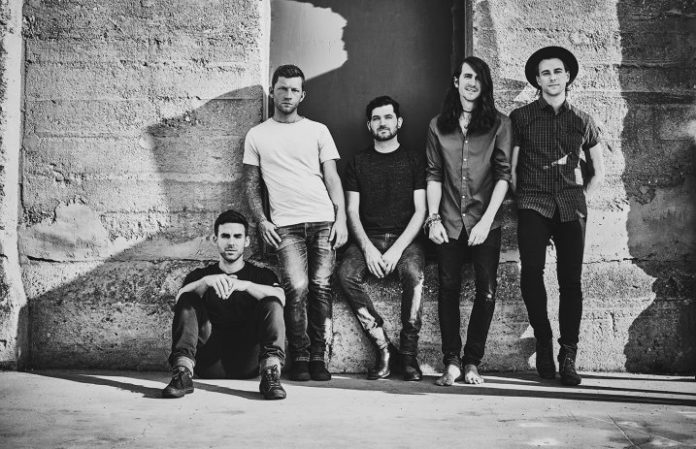 A decade into their career, MAYDAY PARADE remain some of the most consistently great songwriters in the pop-rock scene, even as they sonically reinvent themselves along the way. It’s hard to go wrong with any of the band’s albums, and whittling down their catalog to 10 tracks isn’t for the faint of heart. Don’t think of these tracks as a stopping-point—they’re  merely the gleaming tip of a deep, deep iceberg.

One of two new songs on band’s mostly acoustic Valdosta EP, “Terrible Things” has recently resurfaced in the band’s live set—and for good reason. A plaintive ballad, it explodes into the most epically cathartic coda in Mayday’s extensive catalog.

The first song the band ever wrote (at their very first practice, no less), “Three Cheers” endures as a fan favorite, thanks in part to the gorgeous, tight harmony between vocalists Jason Lancaster and Derek Sanders.

A high point on the band’s 2011 self-titled album, “You’re Dead Wrong” sports one of Sanders’ most memorable hooks, a gorgeous, melodic solo from consistently underrated lead guitarist Alex Garcia and a refrain custom-crafted for swaying arm-in-arm with friends.

The heavily co-written, pop-polished Anywhere But Here might be the black sheep of the Mayday catalog, but the approach fits this song’s lighter-pumper of a chorus like a glove. The band have never sounded as arena-ready as they do here.

Odds are better than 50/50 that any new Punk Goes… compilation will include a Mayday song—that’s probably because the band never treats the opportunity as a throwaway. Here, they transform Gotye’s quirky indie hit into the kind of major key rocker they could have written themselves. The guest spot from Pierce The Veil belter Vic Fuentes is just icing on the cake.

Black Lines represents a major new direction for the band, and nowhere is that more evident than the loping, grungy “Hollow.” Jeremy “Cabbage” Lenzo’s scruffy bassline takes the fore during the verses, which only makes the song hit that much harder when the guitars come crashing in atop the chorus, and Garcia’s studied outro solo—through a series of false endings—ties a perfect bow on the track.

The leadoff track to the album following Anywhere But Here, “Oh Well, Oh Well” was a welcome reassurance to fans that the Mayday Parade they knew and loved had never left. But even without that context, “Oh Well” would make this list for pairing two of the band’s most memorable hooks with a racing backbeat that never fails to get the blood and adrenaline pumping.

A raging, hissing blast of angst, “One Of Them…” hits like a tooth-rattling punch in the jaw. As an opener for Black Lines, it doubles as a statement of purpose and a warning sign: no more Mr. Nice Mayday, just some throat-shredding howls and the most meaningful rock in the band’s decade-long history.

The kickoff track of Mayday Parade’s full-length debut (and still most beloved) album, it’s damn near impossible to listen to “Jamie All Over” and not scream along at the top of your lungs. Mayday Parade have never sounded more young and alive—and when you’re singing along, neither have you.

“Mayday Parade Ballads” could be an entire listicle unto itself, and this heartfelt epic is the one that cemented the band’s reputation. It’s crammed full of rebloggable lines (“I miss the lips that made me fly,” anyone?), and yet Lancaster’s brief “la-da-da” aside alone would melt even the iciest heart. It’s Mayday Parade at their swoonworthy best.