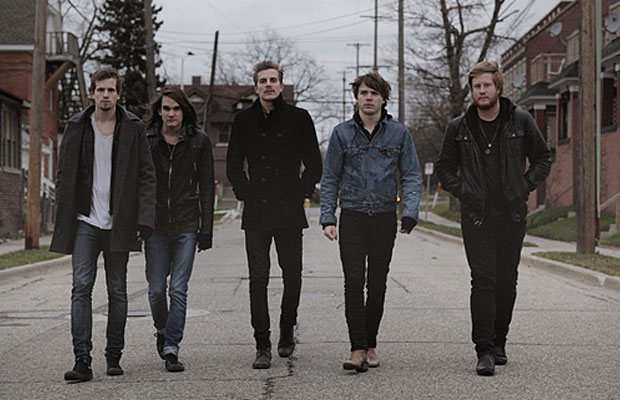 Since the Maine released their first EP eight years ago, they have continually experimented to find out where they thrive sonically. From the catchy pop rock tunes of Can’t Stop Won’t Stop to the clean, polished tracks on their major label debut, Black & White, to the experimental and off-kilter Forever Halloween, the Maine have always valued changing up their sound. It’s difficult to whittle down any band’s discography to 10 songs, so just think of the following as a mere introduction to the Maine’s vast collection.

If there’s one thing the Maine know how to do, it’s close an album. Since “We’ll All Be” on 2008’s Can’t Stop Won’t Stop, a strong closing anthem has been a staple for each album. The gang vocals toward the end (“We all have been degraded/We all will be the greatest,” which lead singer John O’Callaghan has tattooed across his chest) are an anthem for the Maine’s fanbase. Because of that, it’s often included on their setlist—as the final song, obviously.

On this classic from their major label debut, Black & White, the Maine cope with the scary, yet inevitable: growing older. Even though the lyrics mention graduation and teenage antics, it’s a song that transcends age.

It’d be a shame to not list “Ice Cave” as a top 10 contender, considering it’s fan favorite status. Unlike the Maine’s other songs, this one was a non-album track first performed live that created such a buzz that the band recorded it for the deluxe edition of 2014’s Forever Halloween. With a post-rock influence, “Ice Cave” is loud, abrasive and showcases the Maine’s instrumental skills while O’Callaghan gives a gritty and soulful vocal performance.

While the title track of the Maine’s fifth studio album, American Candy, does not mention Hershey’s, Reese’s or any actual brand of American candy, it tackles a more abstract idea—referring to all the empty and unfulfilling aspects of life that society deems important. O’Callaghan knows how to use lyrics and music to creatively stress a point, and it’s never more clear than on this track.

At the time it was released, “My Heroine” was the Maine’s most inventive and experimental track. The loud guitar riff that rips through the opening notes showcases their unrelenting intensity and demonstrates why they succeeded as independent artists, free to explore their creativity.

O’Callaghan has told some crazy stories about missed connections and stupid mistakes over the years, but no song has garnered more popularity than “Right Girl.” A clean and polished pop song, it oozes with cheesiness, but that doesn’t detract from how fun it is to sing along.

Light and airy like the beverage it references, “Diet Soda Society” is the Maine at their best. Catchy guitars, O’Callaghan’s sassy vocal inflections and mature lyrics sprinkled over a bright melody capture the essence of the Maine’s fifth studio album in one song.

The 14-minute closer to 2011’s independently released Pioneer shows off the instrumental side of the Maine—specifically letting guitarist Jared Monaco shine. But what makes this song even more spectacular is that it’s a hidden track—a bonus at the end of an album.

The first single released off of American Candy takes all the good parts of Can’t Stop, Won’t Stop and brings them up to date. It’s upbeat, enticing and houses one of the catchiest choruses in the band’s history—plus, this is one of the greatest lyric videos.

While “Vanilla” is tacked onto Forever Halloween as a B-side, it could have easily fit into the American Candy tracklist. With simple verses and an explosive chorus—honestly, the best they’ve ever written—it’s a shame that this song doesn’t get more love from the band. (Really, guys, play it live soon.)