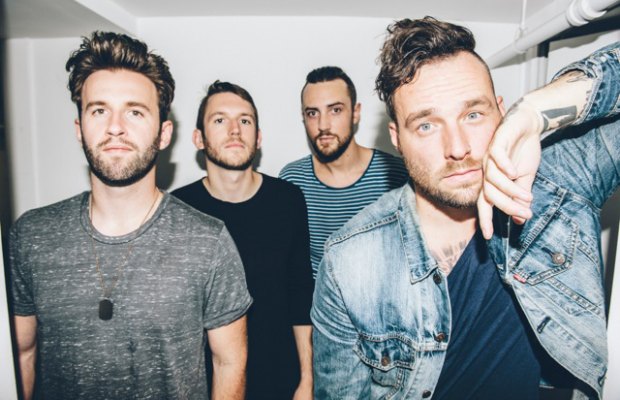 We love comebacks for the same reason we love those newfangled anniversary tours: sweet, sweet nostalgia. That's assuming the comebacks are as good as we remember them—too much time away can lead to letdown. For this list, we rounded up 14 of the best original songs released by bands this year who haven't had any new material in at least three years. So, save your fingers, internet commentators—we're not counting covers, live albums and remixes that would otherwise complicate matters.

Bradley Walden sang his heart out on “Mad,” resuscitating a long flatlined Emarosa. The single segued a vulnerable period before the band had an album to bolster their renaissance, and before the majority of fans were firmly back on board.

A no frills return from Orange County's mosh vets. Take this album to the gym and the weights will hide out in the yoga room.

These reunited space rockers started making up for lost time this year. I saw them in Houston while on vacation, because why not? Ken Andrews’ voice is as smooth as ever, and the band’s mellow grunge is melodic and groovy.

A small army of guest vocalists give props to Bane on “Calling Hours,” from their first album in ages, which will also be their last. In order, David Wood (Down To Nothing), Pat Flynn (Have Heart), Walter Delgado (Rotting Out) and Reba Meyers (Code Orange, Adventures) all make appearances on this raging rallying cry, complete with rhythmic chants/shots.

The second single off the Moz's first album since 2009 has busy verses resembling the city it's named after, plus heady choruses to get lost in.

These scene-bred Southern rockers return after years gone with grooves that are strong, but sleuthy.

FINCH – “Two Guns To The Temple”

Post-hardcore's cred-carrying older brothers regrouped last year for a popular What It Is To Burn's tenth anniversary tour. One success led to another, as they released 2014's Back To Oblivion, their first album in nine years.

INTERPOL – “All The Rage Back Home”

Though they released a covers EP, Gemini, last year, Her Majesty marks the first original RX Bandits material since 2009's Mandala. The prog-rockers get real funky on “Wide Open.”

Math-minded rock bands aren't exactly a commodity in our scene. Sure, there's Minus The Bear, a household name with normies, but most with that musical mindset are still in the minor leagues (Look Mexico, This Town Needs Guns, A Great Big Pile Of Leaves, etc.). Helen Earth Band are another oft-overlooked band who resurfaced after four years with another LP of pleasing free-range rock.

The Canadian dance-punk duo finally made nice with each other and reunited after 10 years, still rowdy and relevant on this throbbing banger.

One of my favorite bands put out their first album in ten years via longtime label, Equal Vision Records. When ranked, it may fall at the bottom of their discography (and this list), but that happens when the bar is set so high. The band shine on “Clear Skies, Full Sails,” gritty indie rock at its best.