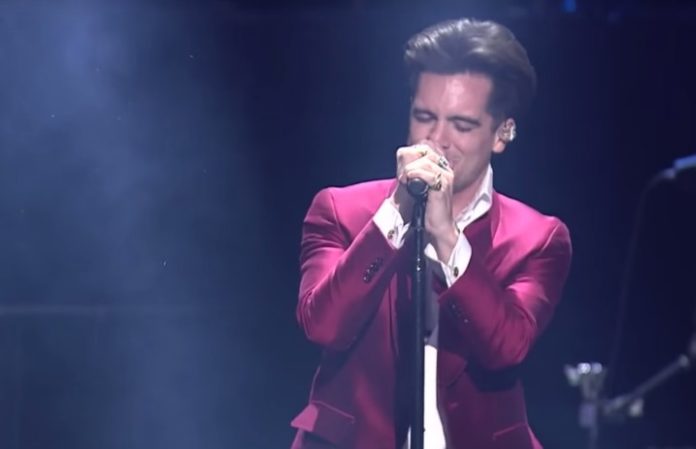 The late night talk show circuit may feature a few celebrity interviews or comedy sketches and maybe even some games—but the real excitement comes from the showstopping musical performances. Bands and artists have the luxury of reaching an audience they may have never been put in front of otherwise (such as when my own mother told me she liked that band “A-S-A-P” and their song “Rocky” when rapper A$AP Rocky performed on Fallon this past summer). Check out some of the best performances from this year by members of the scene below.

Weezer frontman Rivers Cuomo joined ZZ Top for Jimmy Kimmel Live!’s “Mash Up Mondays” in February. The collaboration was appropriately titled “Wee-Z Top” as they rocked out to the 1983 single from Eliminator.

“New Americana” by Halsey (The Late Show With Stephen Colbert)|

In March, Halsey made her late-night television show debut on Last Call With Carson Daly in March singing “Trouble” and “Ghost” before working her way up to a live performance of “New Americana” on both Jimmy Kimmel Live! in August and The Late Show With Stephen Colbert in October. The latter had the songstress belting it out in a black getup that was matched by a chorus of backup singers harmonizing from the balcony.

Modest Mouse definitely made their rounds this year, starting with Fallon in mid-March. They also pumped out “Be Brave” on The Late Late Show With James Corden as his first musical guest that same March, “The Ground Walks, With Time In A Box” and “Wicked Campaign” on Jimmy Kimmel Live! in April and “Pups To Dust” on Late Night With Seth Meyers in July. All the tracks appear on their sixth full-length, Strangers To Ourselves, but “Lampshades On Fire” sticks out as the best, performed the day the album was released.

“Hey Everybody!” by 5 Seconds Of Summer (The Tonight Show Starring Jimmy Fallon)

The Australian pop-punkers, 5 Seconds Of Summer hit Fallon with the second single from Sounds Good Feels Good, “Hey Everybody!,” in late October. The quartet’s regular appearance on talk shows across the board over the last few years really show that pop-punk is alive and well in mainstream media, despite a league of haters.

Blink-182 drummer Travis Barker teamed up with hip-hop artist Yelawolf in 2012 for their Psycho White EP. The duo performed together again this past April on the set of Kimmel’s talk show for “American You,” taken from Yelawolf’s third full-length Love Story.

It was a summer full of fun. as frontman Nate Ruess (formerly of the Format) promoted his solo debut. Ruess kicked it off with “Nothing Without Love” on The Tonight Show in May followed by “Great Big Storm” on Jimmy Kimmel in June and “AhHa” on Late Night in July. However, it was Ruess’ “Great Big Storm” performance that stole the show with his enthusiastic gestures and upbeat attitude on full display.

“Tear In My Heart” by Twenty One Pilots (Jimmy Kimmel Live!)

When a band plays on set in a studio, it’s hard to see the energy of the crowd when the lighting and cameras focus solely on the band. Thanks to Jimmy Kimmel putting Twenty One Pilots on an outside stage in May a few days after the release of Blurryface, we can see how many Tyler Joseph-inspired red beanies were worn as the crowd breaks into a full-on sing-a-long. While Joshua Dun didn’t play drums on the crowd as per usual, Joseph was still able to hurdle over the piano in the middle of a verse, bringing all the energy you’d expect to the show.

“The Ghosts Of Beverly Drive” by Death Cab For Cutie (Conan)

Death Cab For Cutie performed a track from their most recent full-length, Kintsugi, on The Tonight Show Starring Jimmy Fallon in May and Conan in July. They also mixed it up on Jimmy Kimmel Live! with “Black Sun” and “No Room In Frame” in April, but the Conan appearances stands out in the crowd.

Fall Out Boy hit the road with rapper Wiz Khalifa on the Boyz of Zummer tour, filling arenas across the U.S.. In the midst of that, they collaborated on a remix of Khalifa’s “Stayin Out All Night” from his Blacc Hollywood full-length, and then they performed the track on Corden’s talk show in September. The unexpected collab worked on the record, and it worked even better live.

“True Trans Soul Rebel” by Against Me! (Late Night With Seth Meyers)

Against Me! truly rocked the Late Night stage in early November. Tearing through Transgender Dysphoria Blues’ single, “True Trans Soul Rebel,” the group proved (as they always do) that punk rock hasn’t disappeared—if anything, it’s only getting stronger.

“Hallelujah” by Panic! At The Disco (Late Night With Seth Meyers)

While he may not have been sitting at a piano, drinking a beer in a koozie like at this past summer’s APMAs, Panic! At The Disco frontman Brendon Urie still slayed on Seth Meyers’ late-night slot. It must’ve been the maroon jacket (obviously).

“Cecilia And The Satellite” by Andrew McMahon In The Wilderness (Conan)

Other than being a fantastic live performer, some of the coolest things about Andrew McMahon In The Wilderness‘ late September performance were the little details across the set. From the primary-colored balloons to the grass-covered floor and piano sporting a fish tank, it was all visually stunning.

The Brooklyn-based rock trio, Highly Suspect busted out their Mister Asylum single, “Lydia,” on the Meyers’ set in late September. The emotion just flowed out of frontman Johnny Stevens, making it one of late night’s more hauntingly captivating performances of the year.

Pop-rockers Echosmith played the latest single from their 2013 full-length debut Talking Dreams on Corden in October. The performance consisted of vocalist Sydney Sierota’s enthusiastic tambourine-shaking at the center of a rad set full of both paper lanterns and disco balls.