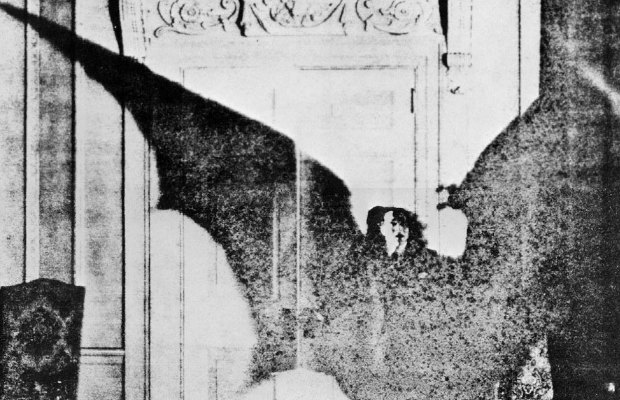 Everyone is afraid of something, whether it be psychopaths with knives, the undead or the obliteration of culture by sledgehammer-licking pop stars. Find our what makes the AP staffers’ skin crawl with the list of this 16 scariest songs we’ve ever heard.

“Freaxxx” is, without a doubt, the scariest song I've ever heard. Not just because it's an objectively terrible song (eight million YouTube hateviews can't be wrong!) but more because of what it represented: the mashing up of two of the worst genres in the history of recorded music, mall-screamo and bling-bling hip-hop. It's a song that means literally nothing yet somehow speaks volumes about an increasingly large portion of the youth of America, the kind who are vapid, talentless shells and lack any understanding of real emotion. These people are going to be elected officials some day—and if that's not terrifying, I don't know what is. —Managing Editor Scott Heisel

Admit it: Even this title is scary, or at least potentially disturbing. And this evil song was written before most of you were born (we all know middle-age things are creepy, right, Cassie?) Aging or not, this sonic industrial terror-collage with it’s laughing-then-pleading boy samples is just about the darkest and most sinister “song” I've ever loved. –Creative Director Christopher Benton

I heard this for the first time the other night at a venue between bands at a concert. I'm not sure if it was the overzealous crowd singing along or the fact that this was the song that goes with the naked-Miley-with-construction-gear pictures I see all over the internet, but it has me crippled in fear that so many people love this song. I have no hope for the future generation. –Marketing Coordinator Nichole Fazekas

As someone who thinks wearing makeup that makes you look like a corpse is attractive, not much scares me. I could have chosen from an endless array of evil, black-metal droning for this playlist, but none of it really gets to me. This song, however–ugh. Just imagine being home alone and suddenly hearing this playing. That’s a whole shelf stacked with “nope” and “no thank you.” I’d probably cry. –Web Content Manager Cassie Whitt

The intro of this song features the murder of a pig. Terrifying.
–Office Assistant Amber Funk >>>