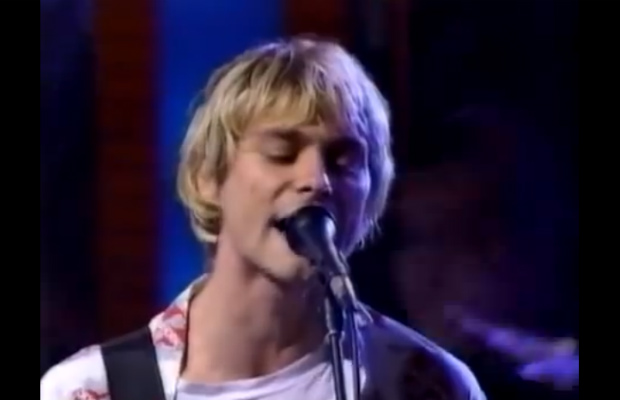 Recently, I was led to believe that Chicago rock band the Orwells blew up the internet with a “wild,” “high-energy” and “amazing” appearance on The Late Show With David Letterman. Now I like to keep up with what Warped Tour Nation and Planet Pitchfork deem as the proverbial “shit,” so I ponied up a click to check out the Orwells’ blistering, shroud-of-Turin replicating, cancer-curing performance of “Who Needs You,” so I too, may bask in the New Sound Of Today™. One young magazine editor schooled all the haters by tweeting, “Everyone that is hating on the Orwells right now on Twitter are 40+, have boring lives, & unhappy marriages. Get the fuck.” (In full disclosure, I am well over 40, have been divorced for eight months and have been having more fun than ever listening to music and having my world rocked significantly by my French film star/agent provocateur girlfriend.)

Now I have absolutely nothing against the Orwells. Whether they get their Warhol-annointed 15 minutes or if Courtney Love starts clawing the door of the apartment where singer Mario Cuomo is couch-surfing, whatever: I prefer Bolthouse Farms’ Daily Greens to Haterade. For those who don’t know history (and those who certainly do know better, but have ridiculous click-quotas to fill for their corporate masters’ bidding), here are some glorious moments of rock on TV from the last 40 years you might enjoy.

THE WHO: “My Generation” on The Smothers Brothers Show
The legend goes that maniac drummer Keith Moon (RIP) gave one of the tech guys a significant bribe to put more explosive charge in his kick drum than was actually safe. (It’s at the 2:28 mark.) And yes, it’s obvious that parts of this track are mimed. Let’s go behind the soundboard at your favorite bands’ gigs and see what they have running, you all-knowing, proud, scene-kid commenter, you.

THE WHITE STRIPES: “Goin’ Back To Memphis” on Late Night With Conan O’Brien

The White Stripes by molivera
If you’re gonna sit on the couch, play some fuk’n guitar.

AT THE DRIVE-IN: “One-Armed Scissor” on Late Night With Conan O’Brien

At The Drive In – One Armed Scissor (Live @ Conan O'Brien Show) from Aaron Gillespie 2 on Vimeo.
The legend goes that after the performance, O’Brien asked if he could have Omar Rodriguez-Lopez’ guitar after the big O ran offstage. “He only has one!” cried an unidentified band member.

This is America’s official introduction to moshing (then referred to as “slam dancing”). Was that Ian MacKaye yelling “New York suuuuuucks” from the pit? >>>