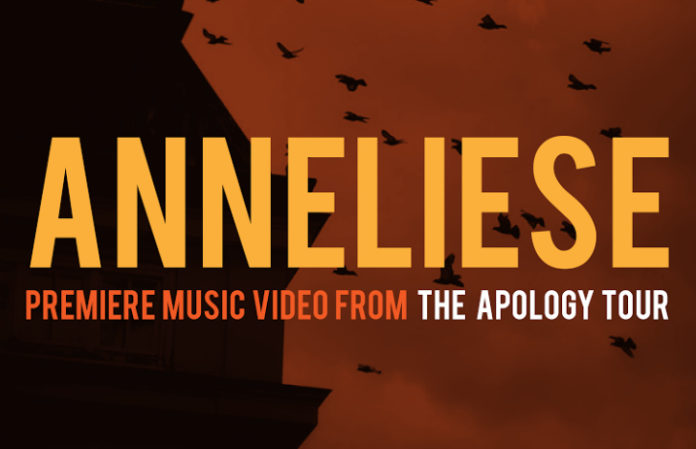 The Swellers’ vocalist Nick Diener is back with his new project, The Apology Tour. The three-piece Michigan outfit's new track, “Anneliese,” features none other than Fall Out Boy’s Joe Trohman on lead guitar.

[Photo by Haley Miller]
“‘Anneliese’ is a love song I wrote for a real-life girl who was possessed by the devil,” Diener says. “I sent our first demos to very few people, one of whom was Joe Trohman. We seem to have similar tastes in music and production and he really wanted to shred some guitar on this one. It's the first time I've collaborated with anyone outside of the people in my band, and Joe is a phenomenal guitarist.”

Trohman speaks on the collaboration, saying “Nick had hit me up earlier this year with a batch of songs that were in the works for what would be this new band, and asked me to throw a bunch of guitar over whatever grabbed me. They're all great, but ‘Anneliese’ was so fun and uptempo that I gravitated towards that immediately.”

Demonic possession and a killer guitar solo make for a great second single. Check out the video below!