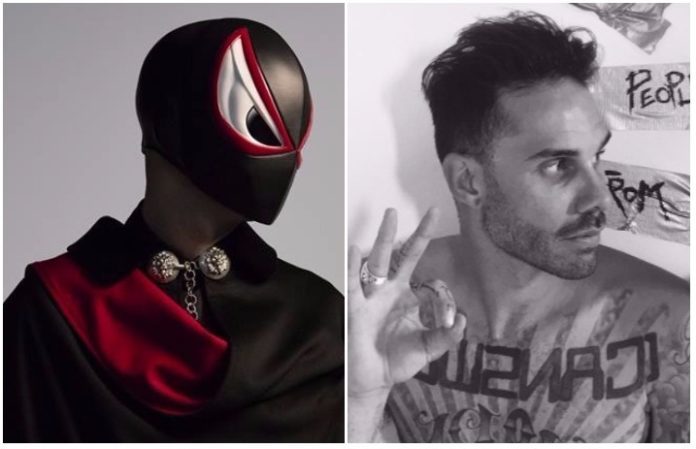 “There is much great music out there, but it is completely covered by trash. You just have to dig.”

Those are the words of Sir Bob Cornelius Rifo, the man behind electronic act, the Bloody Beetroots. And it’s with his upcoming third full-length album, The Great Electronic Swindle, that might just become the next shining gem that not only adds substance to the electronic world, but also merges electro and rock in a powerful way.

“The title is a tribute to the Sex Pistols and the film The Great Rock and Roll Swindle directed by Julian Temple,” he says in a press release. “It was a sign of the end of an era. The end of punk. I want to reclaim that for electronic music because the business squeezed the genre so much that they delivered the end of electronic music itself.”

On the album, released Oct. 20 on Last Gang Records (his first record with the label since he switched over from Steve Aoki’s Dim Mak Records and Ultra Records), Rifo sought “the greatest vocalists” he knew who “could help tell the story of about four years of [his] life.”

“Jason Aalon Butler: the sweetest and the most dangerous man in Los Angeles,” Rifo tells AP, “the man with the most powerful scream of them all, a pure gentleman with a beast inside like Dr. Jekyll & Mr. Hyde, an obscure par excellence that really impressed me a lot. I think this is the most violent song of the album, and I love it so, so, so much!”

Listen to “Crash” below:

The Bloody Beetroots also recently released “Pirates, Punks & Politics,” which not not only features vocals from Farrell, but Tommy Lee also reunited with Rifo to help write and record the politically charged manifesto. Listen to it below.

TBB will kick off the “My Name Is Thunder Tour” at the end of the month in San Diego. Here are the dates: